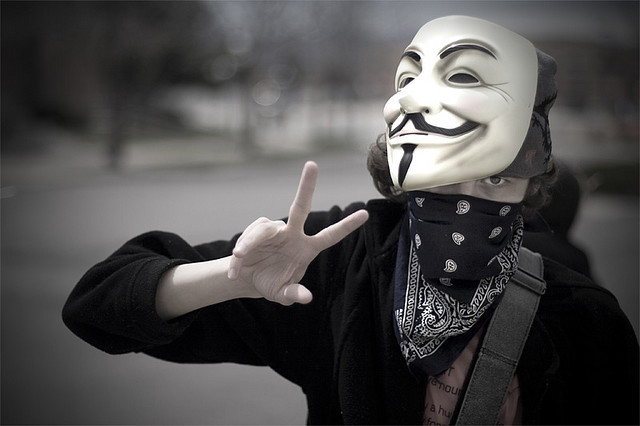 Last weekend you may have heard that notorious message board 4chan got together once again under the name "Anonymous" and DDoS'd the websites of the RIAA and MPAA. This was in response to a claimed DDoSing of The Pirate Bay, done by a company hired by anti-piracy organizations, AiPlex. In the past, AiPlex has come out and admitted to DDoSing uncooperative torrent sites. A DDoS, by the way is a Distributed Denial of Service attack which is caused by users sending large masses of data to a server in order to cripple its operations.

What does this mean for the RIAA, MPAA, digital music industry, and the pirate community? The message from 4chan is clear: Do not mess with the internet. 4chan is all for keeping the internet an open and uncensored place, which they demonstrate by taking down websites that promote censoring and oppression. That fact in itself is ironic, as is 4chan not just censoring the internet to their own standards? Regardless, the initial DDoS attack by AiPlex was uncalled for, and rather juvenile. Instead of taking legal action or other proper routes, they decide to take matters into their own hands and attempt to take down The Pirate Bay. What is equally as juvenile is that 4chan returns in kind and attacked the RIAA and MPAA.

If there are any lessons that should be learned from this, it is that those who pirate are obviously not satisfied with RIAA and MPAA attempts to control content distribution. iTunes and Zune have taken large steps in how they distribute content by removing the DRM on their audio files they have up for download. Once you buy it, you keep it. There are no worries about losing content when suddenly you forget your username and password, or if you do not wish to play it using the provider’s player, you have that freedom.

4chan should not have to be the people to make this clear to the RIAA and MPAA, instead it should be the mere fact that pirate communities exist. The goal should not be to shut down any site, as everyone does have a right to speak their mind, but instead find solutions that will satisfy as many parties as possible. With the amount of piracy that goes on, it is obvious that process of purchasing content needs to be given some more thought and made less of a hassle.

For instance, iTunes has made all of the tracks you purchase from the service DRM-free. Knowing this, the file can be put on, and played on anything. If someone buys a CD, they are free to do with it what they want, so why not allow users to do the same with the music they buy digitally? The Zune Pass is a great alternative as well, while it doesn't give DRM free music, it is easy to just go in and find any song you wish to play, and simply play it or download. The fees aren't always an issue when you have essentially no limits except for the store itself, although we will always prefer the DRM-free version, obviously.

Movies and TV shows should be this way as well. The cost of a movie can be seen as relatively expensive, especially for locking it down to one player or one company's brand. Files should work like physical media in the household, if a family member wishes to use it, they should be able just to go and play the file, on whatever device they may have. All of the restrictions fuel piracy, as people just want to have control over what they purchase.

Do not misunderstand though, I do not approve of 4chan’s decision to DDoS the RIAA and MPAA, nor do I approve of the anti-piracy companies’ idea to DDoS a torrent website. These were both very childish actions, but maybe something can be learned from them yet. Perhaps simply the fact that users want access to content more easily, and that they are willing to pay if the process isn't too much of a hassle to use.