Why does paint in Windows 11 prefer to print in Russian? 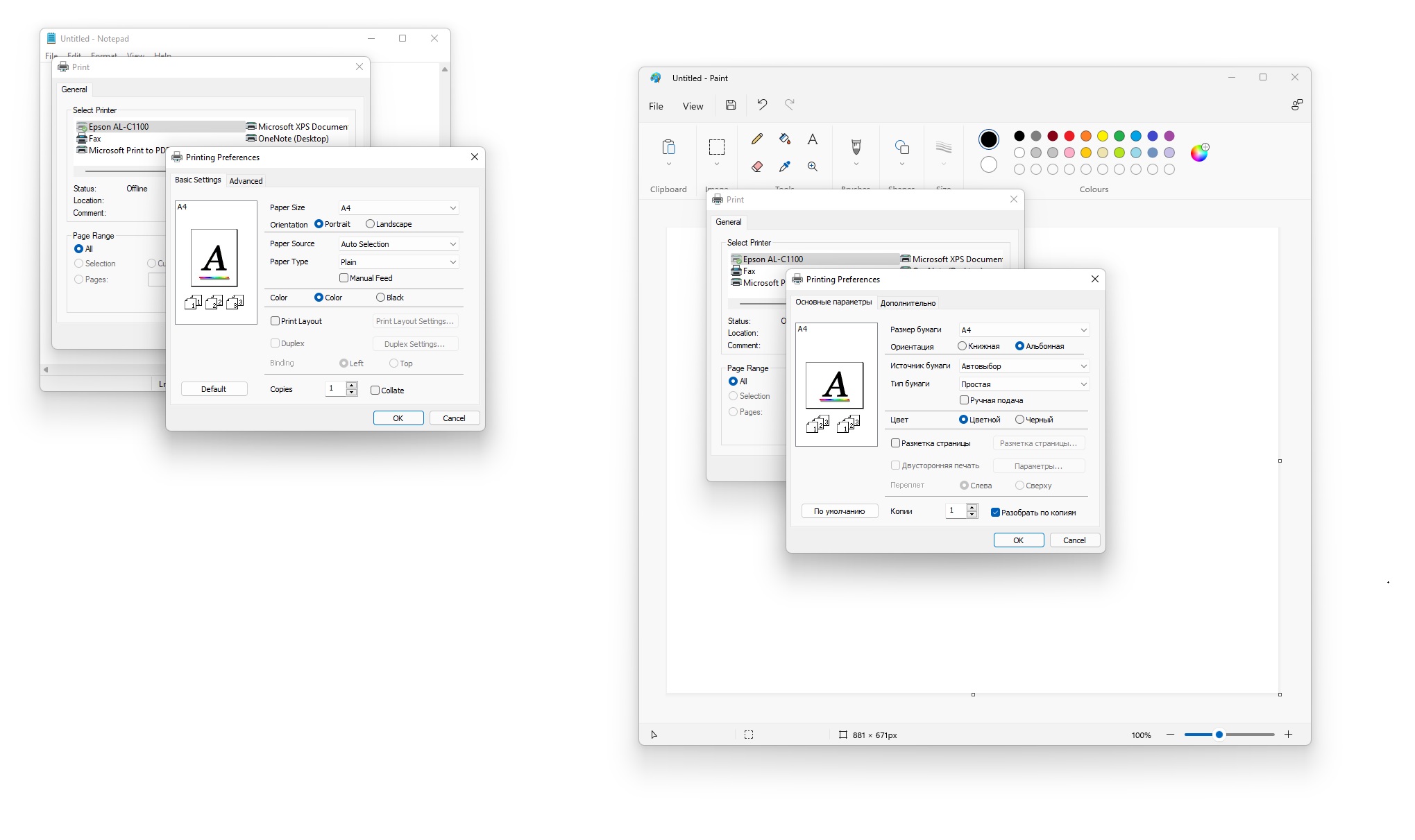 To be clear, There is a Russian language keyboard layout installed alongside the English one. A Russian display language has not been installed.
However, for some reason the new Paint app decides to use the Russian dialog box for printer printer preferences.

Is there a way to change it back to English only? It's confusing some of the family.

5 answers to this question