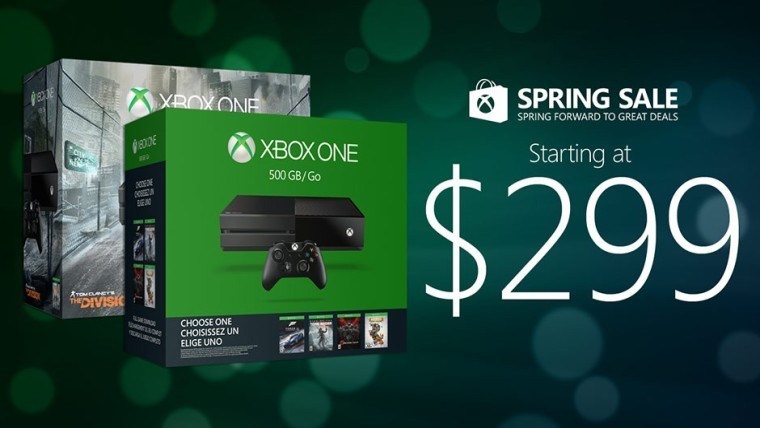 Microsoft is prepping for a substantial sale to kick off the spring season. While Microsoft's annual spring sale on games and other media are nothing out of the ordinary, this sale has a couple notable additions that gamers will want to take note of.

Starting March 22, this sale is said to include major titles like Halo 5, Call of Duty: Black Ops 3 and more on day one, with many more games going on sale on March 22. Discounts will range from 40-60% off depending on the title and will include at least some backwards compatible titles in the pool of 150 discounted games.

If you're in the market for a new console, you'll be able to pick up an Xbox One console for as little as $299 starting March 20. The $299 price point will apply to bundles, so you can get a choose-any-game package, spring for the new Tom Clancy's The Division bundle or even preorder the upcoming Quantum Break bundle at that price. That's quite a deal given the value of the contents of an Xbox One bundle.

If you're wanting to build up your media library, then you'll be happy to know that TV shows and movies will go on sale on March 22 as well. Keep in mind that the annual Xbox Spring Sale is available to anyone, but Xbox Live Gold members will get 10% more off compared to non-Gold members. The Xbox Spring Sale will end on March 28.