Thanks to the recent announcement that you can now pre-order Windows 8 machines, a slew of information on pricing for new Windows-powered machines has become available. Here we have confirmation on what the price of the first third-party Windows RT tablet will be: the Asus Vivo Tab RT will retail for $599.99, or $799.99 with the addition of the famous Transformer-like keyboard dock. 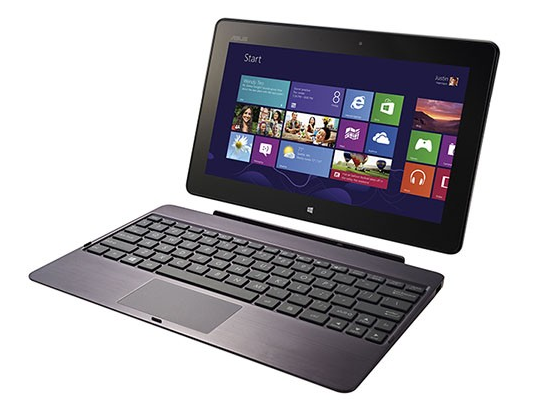 The Vivo Tab RT is a 10.1-inch tablet that includes a quad-core NVIDIA Tegra 3 chipset, 2 GB of RAM, a 1366 x 768 IPS display and 32 GB of on-board storage. Visually the device looks similar to the Transformer line of Android tablets, with the Transformer Pad Infinity being the competitor for the same price - although the Infinity does come with an improved 1920 x 1200 display and a faster Tegra 3 chipset.

Interestingly this device is retailing for $100 more than the cheapest iPad, although it should be noted the prices are the same storage-for-storage. While Microsoft hasn't as yet released the price for their Surface Windows RT tablet, we could be seeing a price higher than what some people would like.

Here's a list of other Windows 8 and Windows RT hardware prices that have been announced so far: