Microsoft has stated that Windows 8 has sold 100 million copies and with this new data point, we now have a better look at how well the platform is selling.

With Windows 8 now on the market for 192 days, the platform has hit 100 million in sales, a notable accomplishment by any standard and posted above and below, we have graphed the sales by milestone as well as the average selling volume at the given milestone announcement. 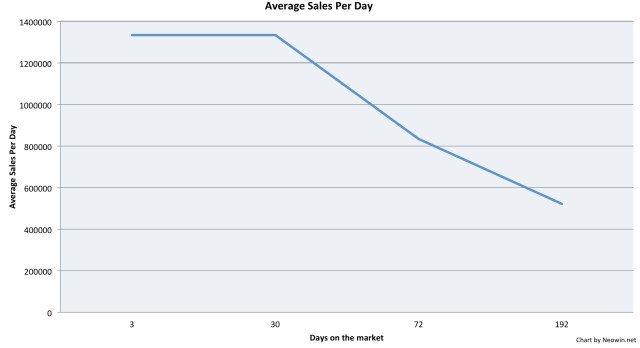 The average selling rate gives us a better look at how the platform is moving in the market. It's with no surprise that we see the volume per day dropping each month after the initial release but the platform is still selling approximately 520,000 copies a day. At the current rate and with 173 days until the 1 year release date of Windows 8, the platform should sell around 190 million units for its first year on the market if this rate continues.

We should note that these figures do not break out OEM sales and as such, not all of the 100 million licenses are currently being used in the market as a portion of them are being held by OEMs for machines that come off the assembly line.