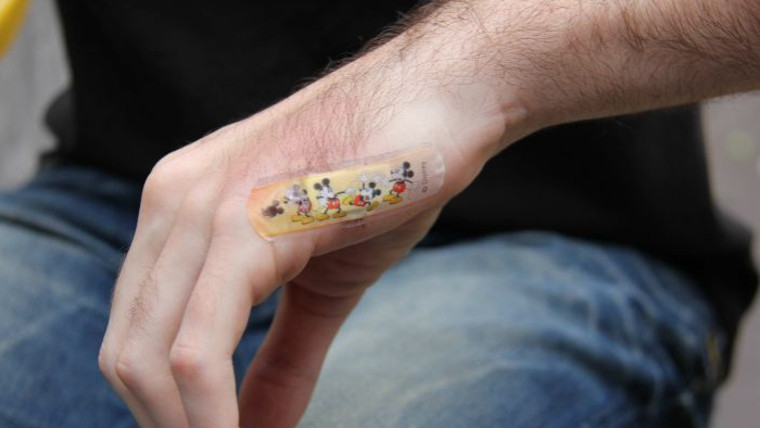 A man, after returning from a convention in Texas on cyborg rights, found that Transport for New South Wales had deactivated his electronic transit pass on the grounds that he had tampered with it. This probably wouldn't be news if the chip of the transit pass in question wasn't physically embedded in the man's body. Or if the person's legal name wasn't Meow-Ludo Disco Gamma Meow-Meow.

Meow-Meow took his Opal transit card, cut the chip out of it, got it encased in a body friendly plastic material and then got a person who specializes in piercings to embed it just under the skin of his left hand. When he returned to Australia, from the cyborg convention over the weekend, he tried to swipe his embedded transit chip but it wouldn't work. He called the helpline and was informed the authority had indeed deactivated his, now very personal, transit chip.

This remarkably normal man, who calls himself a bio-hacking scientist, will now be taking the transport company to court in what he says is an exciting and pioneering legal case into cyborg and bio-hacking rights. He will start by pleading not guilty against the $200 (AUS) fine and charge he received for not being able to present a valid ticket while on the train. After that he will launch his cyborg rights campaign.

You could be forgiven for thinking that embedding a chip under your skin is something very futuristic or even the stuff of science fiction. However, if one considers the pace of development in biometric identification such as facial recognition, or even payment by vein, then it seems like an unnecessary use of tech that might very well be obsolete in a few years.

However, as the recent trouble that Apple got into for throttling people's iPhones shows; that line between what is yours and what isn't is probably going to be tread a few more times, as people gradually do more things with personal tech and as it becomes more integrated and perhaps even more wearable. For that reason, maybe a court case over cyborg rights or personal tech rights is welcomed.

Source: The Sydney Morning Herald via Engadget |Image from ABC News via Uberveillance