Over the weekend I had the pleasure of attending the Vintage Computer Festival Southeast 1.0, and the Apple Pop-Up Museum that came with it. I didn’t know what to expect before I got there, but I had been planning to go for months, ever since I first heard about it. When the day finally came, I was excited enough to put on my 'Hello, I'm a Mac' shirt (please don’t kill me) and head down to the abandoned CompUSA in Roswell, Georgia where the festivities were being held.

Even from the parking lot, it wasn’t hard to see that the entire building had been transformed. As a matter of fact, the whole time I was there I kept marveling over how much work had gone into the entire ambiance, especially considering that the event only lasted through the weekend. The display was truly worthy of being called a museum. What’s even more amazing is the fact that the collection all belongs to one man - Lonnie Mimms. 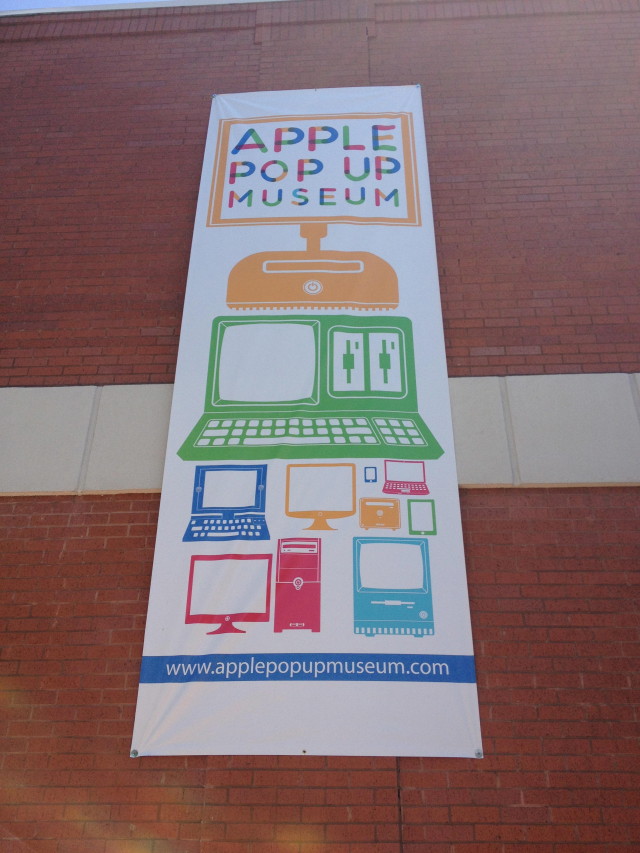 Although the Vintage Computer Festival had brought in a ton of people looking to show off their own retro gear, the focus was obviously on the Apple Pop-Up Museum. As a matter of fact, everyone passed through the museum before entering into the Festival proper. The disinterested could take the quick route through, bypassing most of the exhibits, but I’m almost certain that no one did. Not even the guy in the Linux teeshirt.

The exhibit was divided into rooms, each one focusing on a different period in Apple’s history. As it happens, Apple’s tumultuous history lends itself quite well to this style. As you would expect from a modern museum, the displays are immersive – the room where the prized Apple I lay actually felt like Steve Jobs’ garage. The floor was rough concrete, a workbench and a door into the house were painted on the wall, and there was even a dot-matrix portrait of Spock thrown in their for good measure. 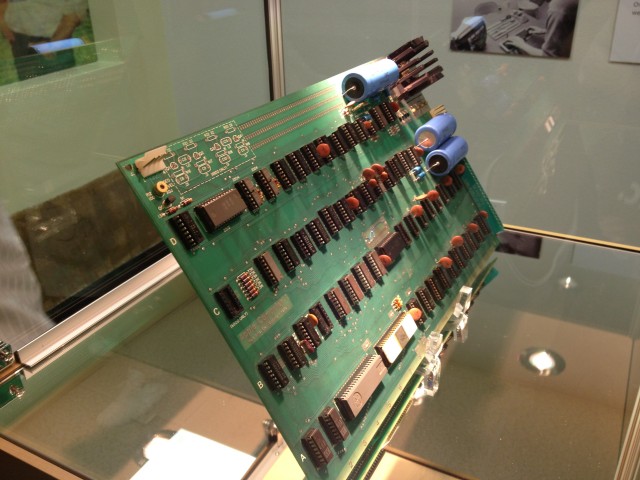 There was the Apple II room, with ‘Pineapple’ clone machines and floppy disk wall art. Outside, a Xerox Alto portended the arrival of the graphical user interface, beckoning people into the ‘triumph room’. The triumph room showed a wider range of equipment showcased there than in any other room, including some truly unusual items like the MacColby and a black Apple II that was sold by Bell & Howell. Tucked away in the corner was an original Macintosh running an Apple-published game called Through The Looking Glass. I saw a lot of young kids playing with it, and despite the age of the system and the game, they seemed to be enjoying it. One mother even had to pry her child away to make room for the line forming behind her! Of course, it wouldn’t have been complete without the original 1984 Superbowl ad being projected onto the wall behind everything. 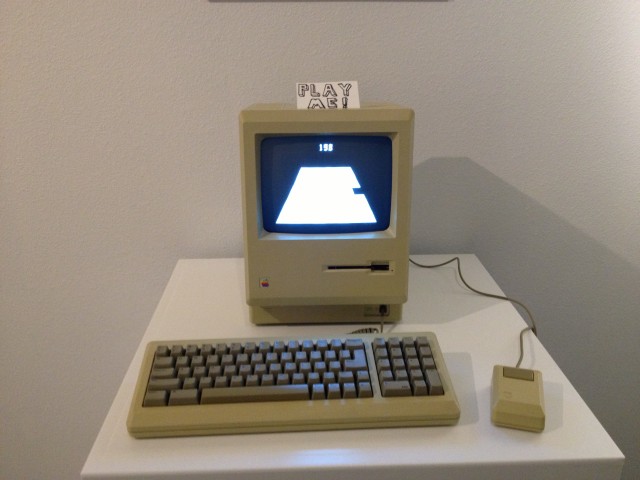 Two of displays I found most interesting turned out, unfortunately, to be two of the smallest. The ‘wilderness’ room had one of the universal remotes Steve Wozniak designed after leaving Apple, along with a decent array of NeXT equipment and Pixar memorabilia. Still, I was a little disappointed that, as far as I could tell, none of the signage mentioned that the world wide web had been born on a NeXT machine.

What could’ve made for one of the most interesting sections turned out to be one of the most barren. The museum only featured a few of the products Apple released after Jobs’ departure. I spotted an Apple Network Server, a transparent Newton prototype, an eMate, and a 20th Anniversary Mac tucked away along with a few desktop towers into a rather neglected hallway. To be fair, these probably aren’t the sort of items people came to see, but I would’ve loved to have seen a couple of QuickTake cameras or an Apple Pippin. For what it’s worth, I did see a QuickTake box tucked away in a cabinet containing other packages, but I have no idea if there was anything in it. 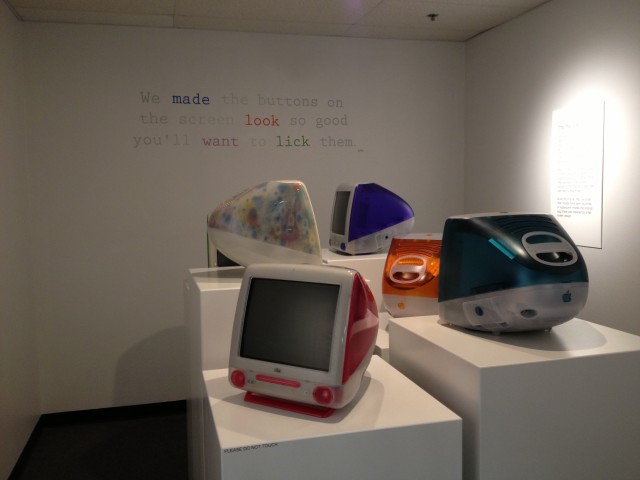 The rest of the displays branched out of a beanbag filled lounge. From here, most of the products became more familiar, but no less impressive - the Jonny Ive room, with colored its iMacs and the infamous G4 Cube, an iPod ‘family tree,’ and a beautiful timeline on the wall. A small nook dedicated to the Apple TV also included a Macintosh TV and its prototype. There were a number of interesting murals, too.

Finally, before venturing off into the Vintage Computer Festival proper, was a room dubbed ‘The Future.’ Curtains hung from the ceiling, obscuring the mirrored walls. If you looked carefully, you could see the words ‘what is next’ printed onto three of the curtains. A few people might’ve been disappointed to see an empty room at the end, but it made its point: no one knows what the future holds, for Apple or anything else. 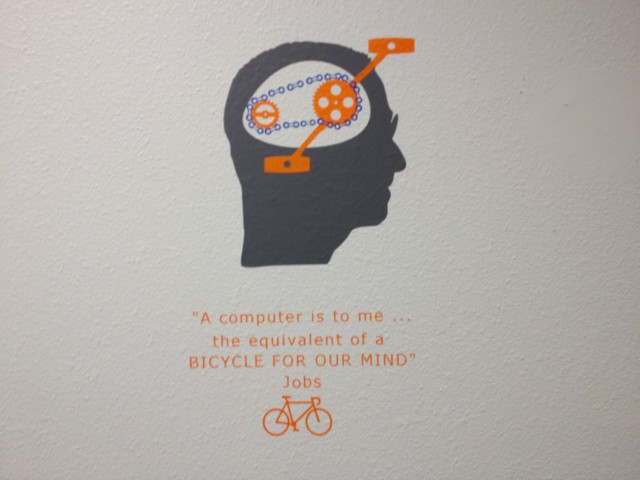 All in all, I had a blast at the museum, and I think it’s a shame that it was only there for the weekend. I’m not so sure that it could sustain itself at a permanent location, at least not outside of Silicon Valley, but I think it would make a fine traveling show. It was a great way for anyone who’s mildly interested in technology to spend a couple of hours, regardless of their computing preference. After all, how could any self respecting geek pass up the chance to pay homage to some of the most important devices in the history of the personal computer.