At an event in New York City today, Microsoft unveiled the latest addition to its Surface lineup, called the Surface Laptop. The device is the first traditional clamshell-style PC from the company, the closest previously being the Surface Book.

For those that called upon Microsoft for a traditional laptop, the Surface Book didn't fit the bill. The detachable display made it top-heavy, making it tough to use in certain situations.

But while the Surface Book and Pro 4 both ship with Windows 10 Pro onboard, the Laptop comes with Windows 10 S, a SKU of the OS that was also announced today. Aimed at the educational market, you can only install apps from the Windows Store.

For many consumers, the inability to install Google's Chrome browser or Apple's iTunes would be a dealbreaker when considering the purchase of a laptop that starts at $999. Luckily, if you buy a Surface Laptop before the end of the year, you'll get a free upgrade to Windows 10 Pro, which will normally be $49. 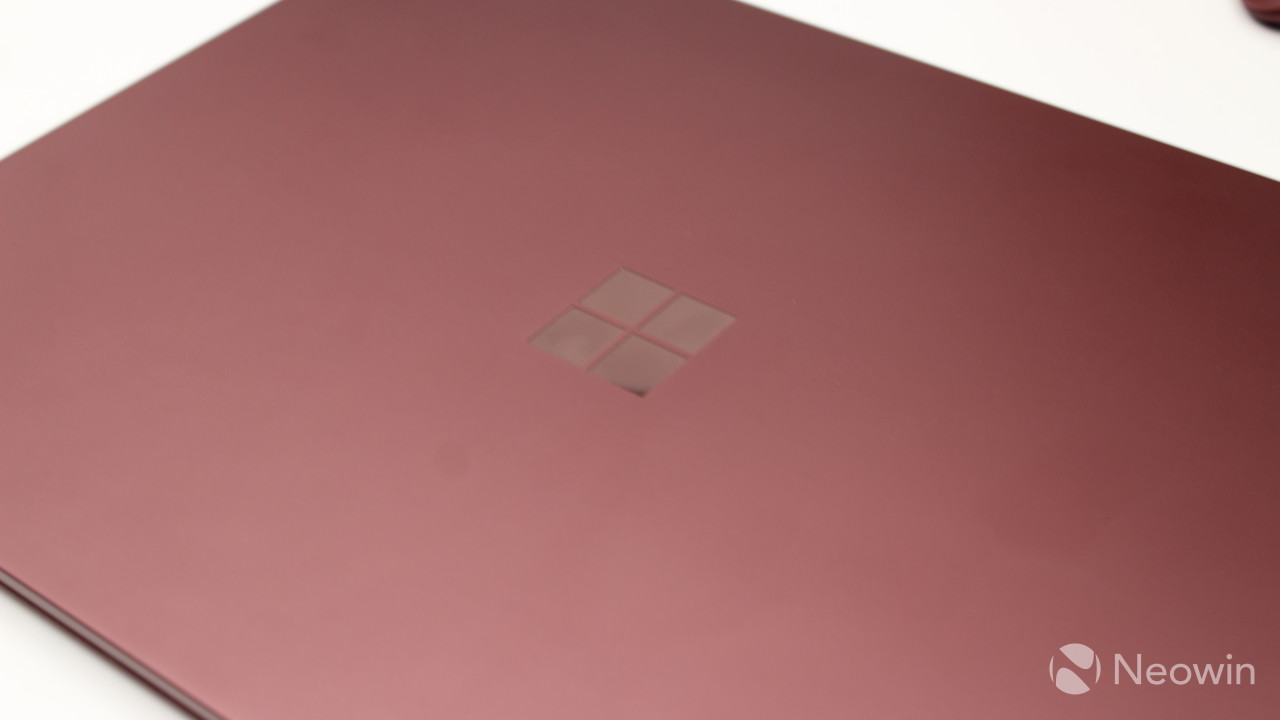 But enough about the OS; let's talk about the design. The Surface Laptop is sexy, and there's no other way to describe it. In the United States - though not in all other markets - it comes in four colors: Platinum, Graphite Gold, Burgundy, and Cobalt Blue (the base model only comes in Platinum). It's the metal body that you've come to expect from Surface, right along with the chrome Microsoft logo. 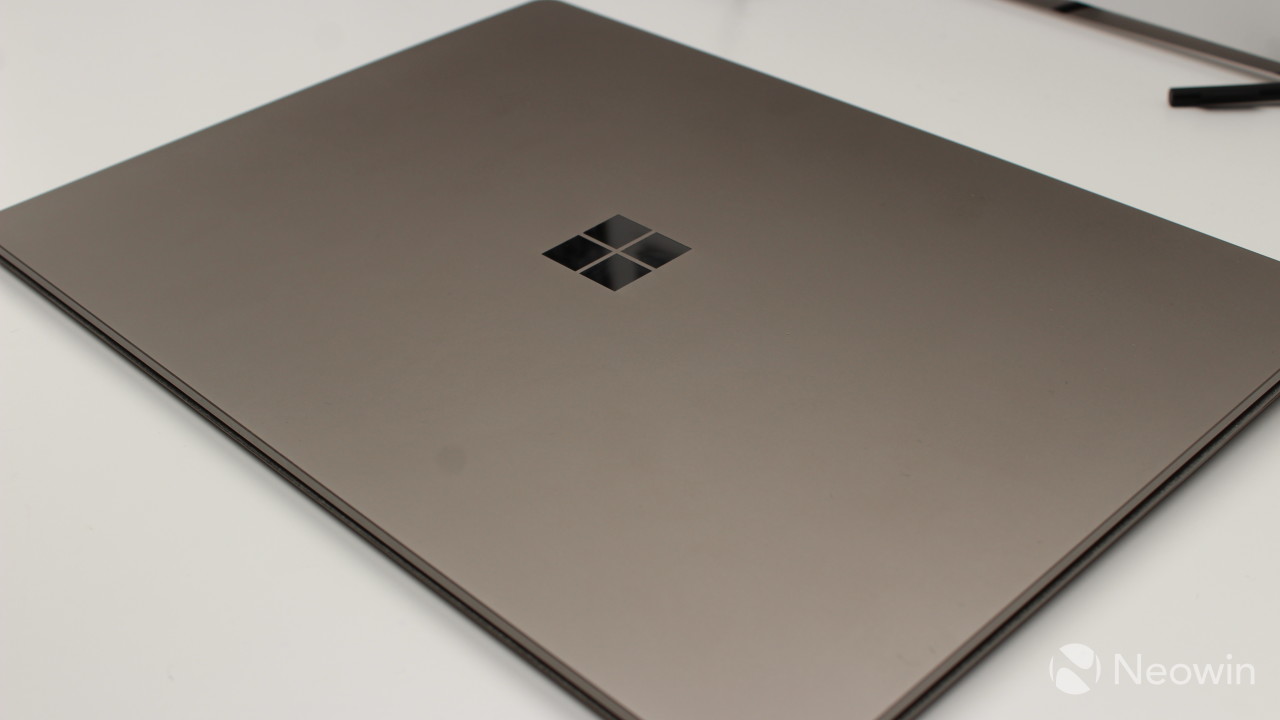 The image that you see above is the Graphite Gold model, which is my least favorite one. The Platinum seems like your standard Surface color, while the Burgundy and Cobalt Blue are beautiful, well thought-out color choices, but Graphite Gold just doesn't feel like it fits in. In fact, it's the only variant that doesn't offer a matching Surface Arc Mouse. 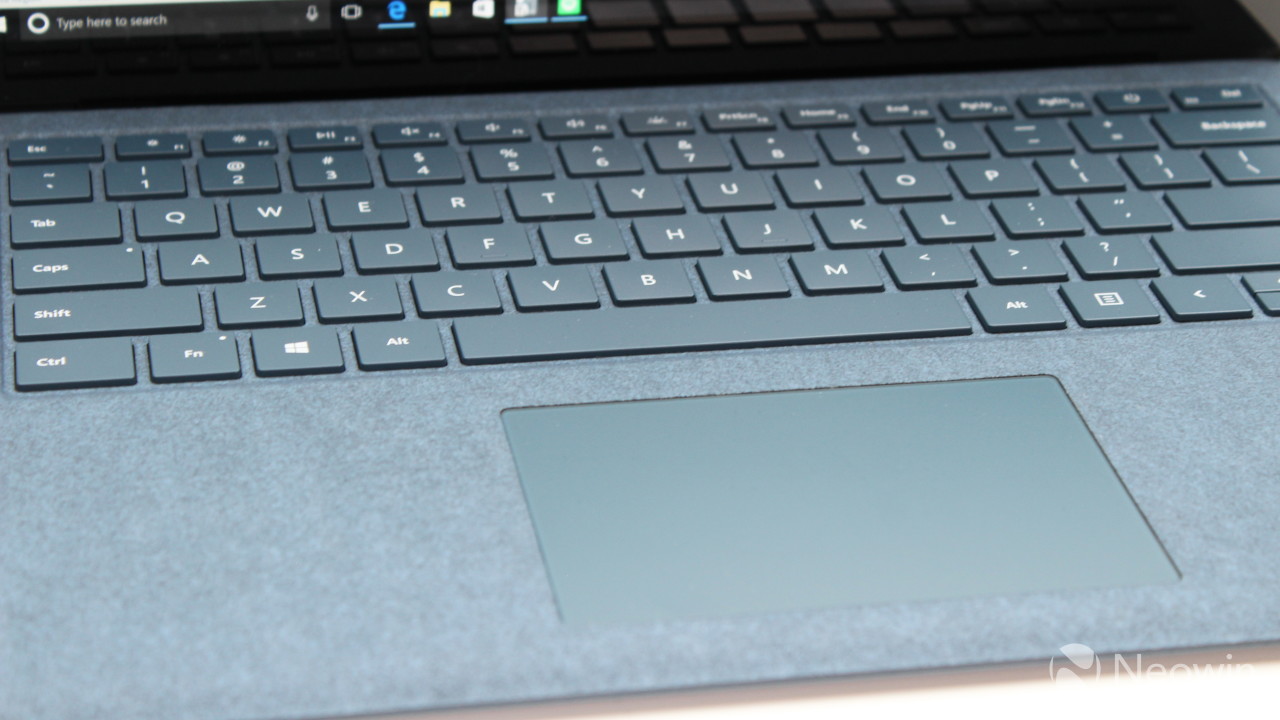 The keyboard is covered in Alcantara fabric, the same material that's used in the Surface Pro 4 Signature Type Cover. I'm honestly not sure how I feel about the keyboard on the Surface Laptop though, because the keys feel like they do on the Type Cover.

Imagine if you took a Surface Pro 4 Signature Type Cover and put it on a more sturdy base, and that's exactly what you get from the Laptop's keyboard. The keys and the trackpad feel the same.

To be fair, I do enjoy the Surface Pro 4 Type Cover, and I've purchased more than one of them. And that's why I'm not sure how I feel about this one; while it works for me as a detachable keyboard, the plastic keys feel a bit awkward.

These Alcantara keyboards are susceptible to getting dirty though, and they're tough to clean. My Signature Type Cover has brown spots where my palms normally rest, and the Surface Laptop is aimed at the higher education market. College kids don't exactly have a reputation for keeping things clean, so I wonder how this device may age. 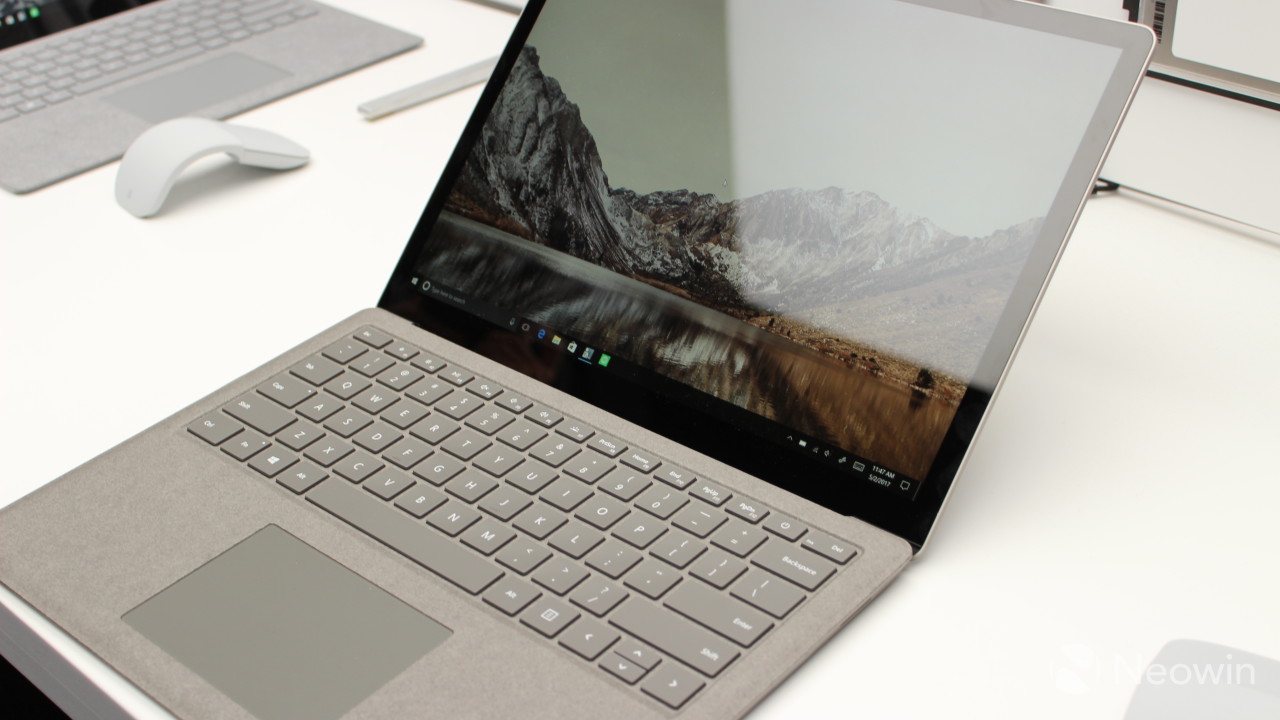 In case you were wondering what the Graphite Gold keyboard looks like, that's it. It pretty much looks like a dirty Platinum model (I sincerely apologize to the Graphite Gold fans, but it's just not my cup of tea). Also, the image above reflects just how far you can fold the display back; if I haven't been completely clear, this is not a convertible device by any means.

But other than the keyboard - which I'll need to spend much more time with to decide if I love it or hate it - the Surface Laptop seems like a wonderful device. The 2256x1504 display looks beautiful, which is what we've come to expect from Surface devices. 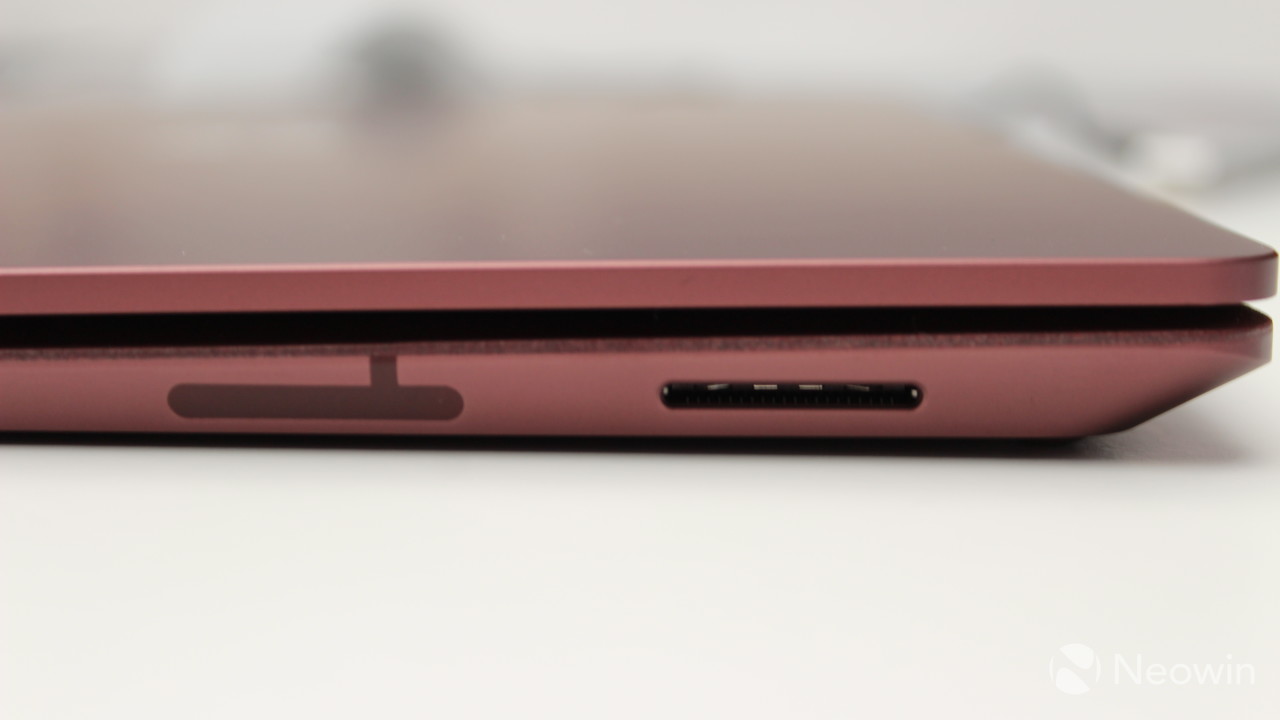 You can see that it uses the same power adapter as the Surface Pro 3, Pro 4, and Book, which means that it's backward compatible with existing accessories... 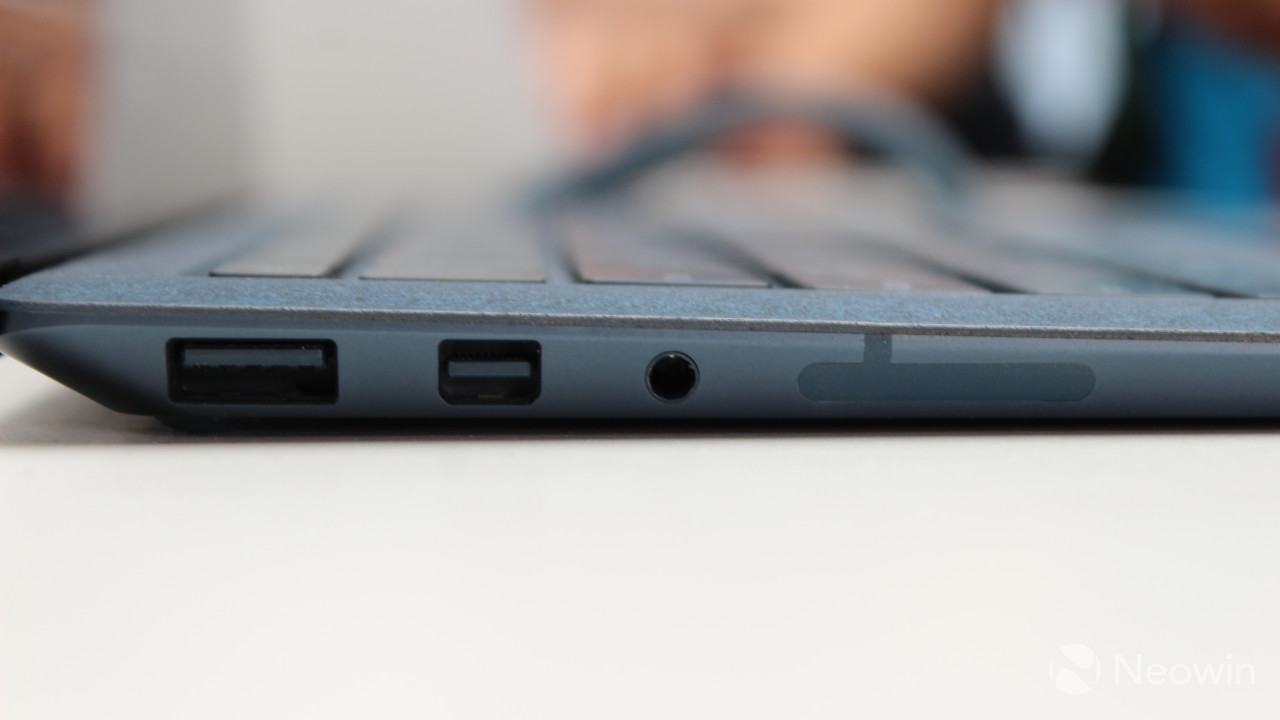 ...and with just one USB Type-A port, there's a good chance that you'll find yourself wanting to use a Docking Station. There's also a Mini DisplayPort, and since this is actually the first Surface device with a Kaby Lake processor, you'll actually be able to stream various services in 4K, such as Netflix.

I do question the lack of ports on the Laptop. There are going to be times when you simply need more than one USB Type-A port, and at that point you'll have to question whether you want to bring the Docking Station everywhere you go.

For example, at today's event, I had to plug in a USB mouse, my camera, and wired Internet. Since I was using an HP Spectre x360 - which has one USB Type-A and two USB Type-C ports - I needed to use dongles; however, even dongles are easier to carry around than a Docking Station.

And that brings me to my next point, which is that Microsoft still hasn't produced a Surface device that uses any form of USB Type-C. Aside from the fact that its competitors are using technology like Thunderbolt 3, it just opens up more levels of expandability, which would really be useful on a device with just one USB Type-A and one Mini DisplayPort. 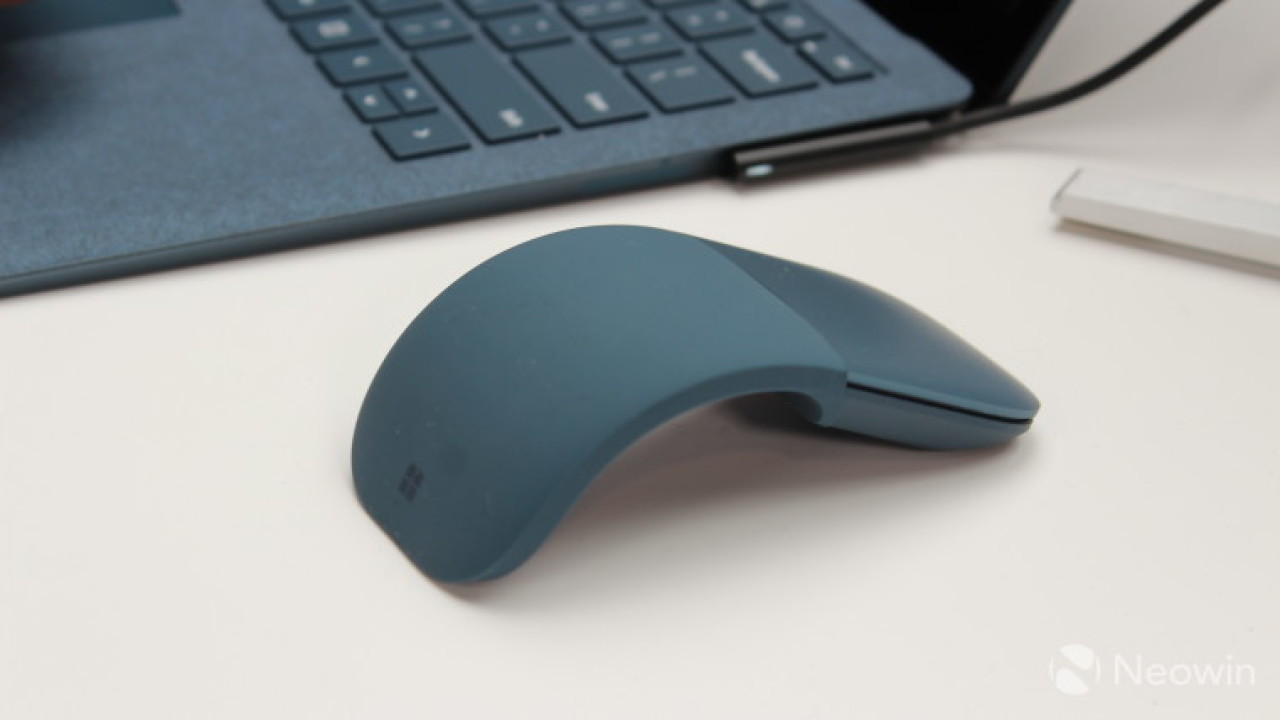 Finally, we have the new Surface Arc Mouse, which retails for $79.99 and I don't see myself using in the near future. It's not that they're particularly bad mice, but that I've never enjoyed using anything from the Arc Mouse lineup.

But the good news is that these feel much more comfortable to use than the existing Arc Mouse collection. I still don't think that I'd ever pay $80 for one, so I'd recommend trying one out in your local Microsoft Store before shelling out your hard-earned cash. 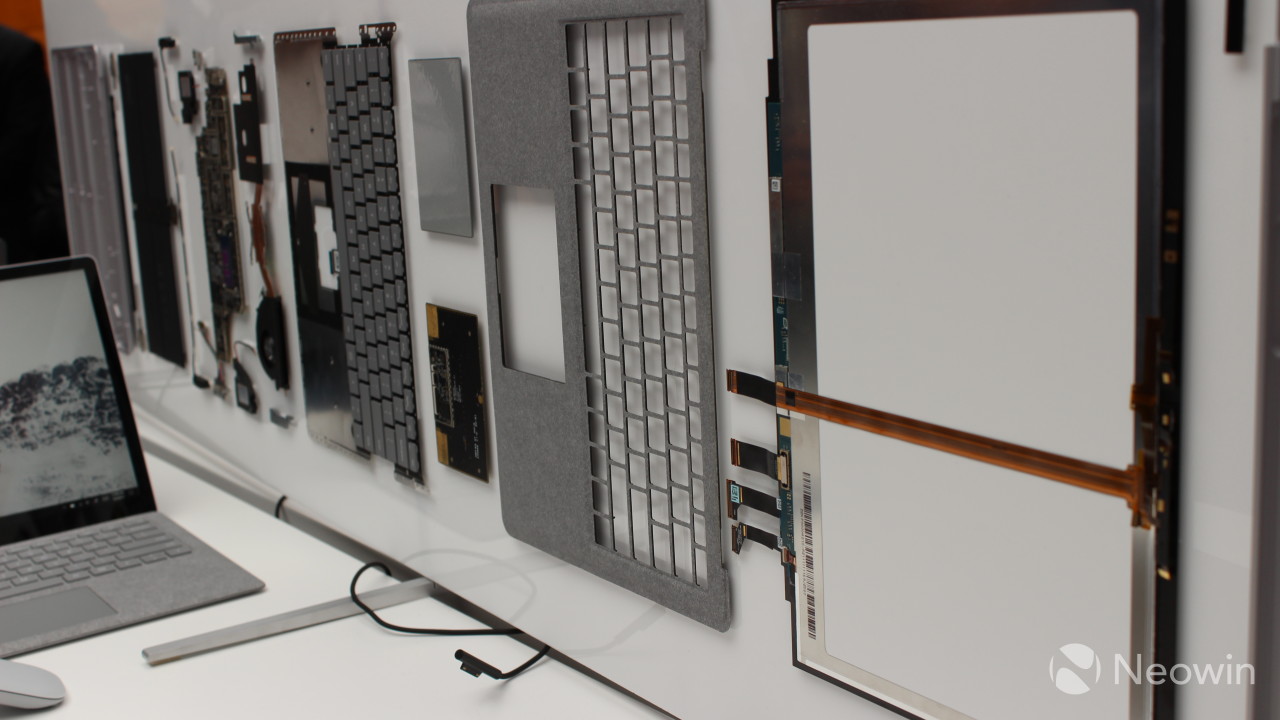 I'm a guy that spends a good deal of time typing, so I'm really looking forward to being able to spend more time with a Surface Laptop. Other than that, it's a beautiful device, and since Windows 10 S isn't a barrier for purchasing it right now, it's certainly worth taking a look at. I'd just recommend knowing what you're getting into rather than jumping at the Surface brand and the elegant design.