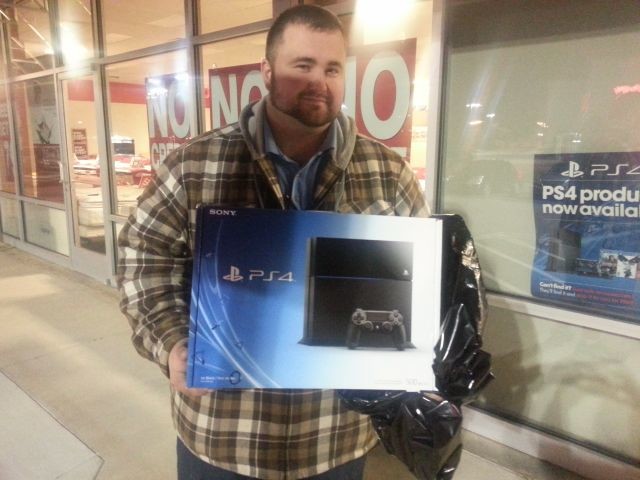 As promised, the PlayStation 4 console made its official debut early this morning in the U.S. Sony held a huge launch event at The Standard Hotel in New York City and at the Sony Store in San Francisco to celebrate the release of its next-generation game machine, but the truth is that the launch also happened at thousands of locations that were open at midnight on Thursday.

That meant people were standing in line at Wal Mart, Best Buy and GameStop stores in the hours leading up to the PS4 release. Greenville, South Carolina was not an exception to this rule; it had many stores that were open for the console's launch. We were lucky that a GameStop location was willing to let us cover the event.

There were about 30 or so people waiting to get their new PS4s at this particular GameStop store, and all had pre-ordered their consoles well ahead of time; there were no extras available for anyone who had a late night urge to get a PS4 that night. Inside the store, the assembled crowd seemed pretty excited to get their new machines. 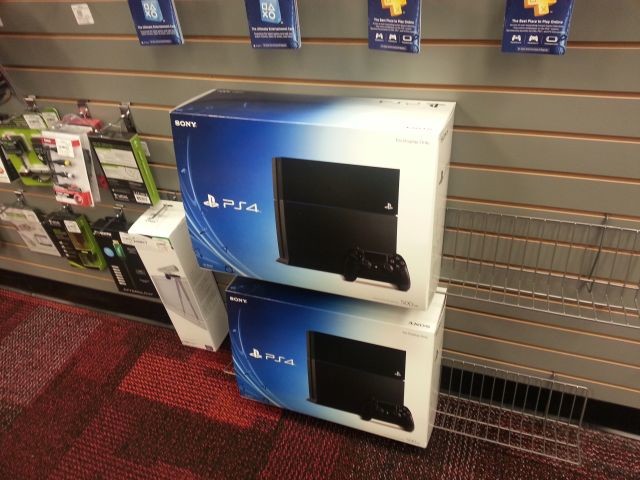 We chatted with several of them and all said they were there because they wanted to get their hands on the "latest and greatest" first. One patron told us that he wasn't even much of a console gamer; he usually plays games on his PC, but he still wanted to get the PS4 because he wanted to be one of the first to get the hardware.

One thing is for sure; the people in line didn't have a lot of good things to say about the Xbox One and Microsoft. One PS4 pre-order customer told us that he felt the Xbox One's DRM policies were not appealing. While Microsoft has since backed down on those rules after a ton of online protests from fans, the GameStop patron told us that he felt that he could not trust Microsoft in terms of putting those policies back in play.

Yet another PS4 pre-order customer at GameStop told us that he was a hardcore gamer and that in his opinion, the PS4 would have better games than the Xbox One in the long run.

As the clock ticked towards the magic time of 12:01 am ET, the crowd inside the GameStop store seemed ready to get their hands on the PS4 machine. Some stopped to watch the Spike TV PS4 launch special that was streamed on Twitch.TV. 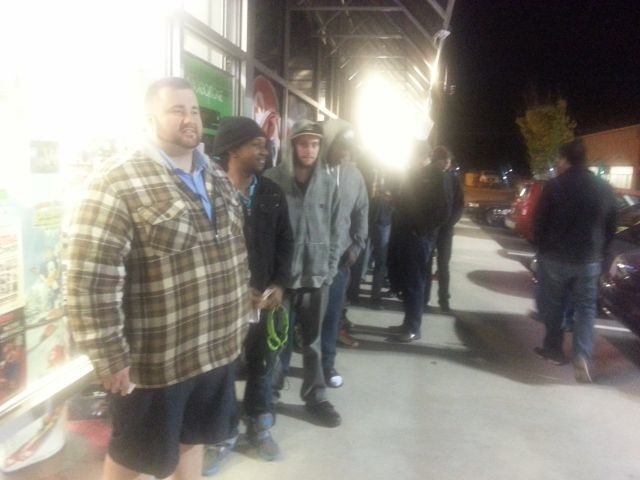 Finally, a few minutes before the launch, the GameStop associates asked the crowd inside to line up outside the store in the 39 degree weather. At 12:01 am precisely, one of the associates asked the first in line to enter the store and pick up his PS4, encased in a black bag. A minute later, that person was outside showing us his new PS4, one of the very first people in the U.S. to get his hands on one.

After that first person was served, the others in line were asked to come into the store in packs of four people. In about 10 minutes, everyone had their PS4s in hand and drove away from the store to plug in their new consoles in their TV sets. It may not have been as flashy as The Standard in Manhattan but for the folks who have been waiting for this moment for months, the GameStop launch in Greenville, SC was pretty special.

Next week, this same store, along with thousands of others in the US and in 12 other markets around the world, will do this same thing all over again with the launch of the Xbox One. It will be interesting to see if there will be a different feeling to that event compared to the PS4.

We would like to thank the management and staff of the GameStop branch at Woodruff Road in Greenville, SC for allowing us to cover the PS4 launch from their location.