Last year at CES, I got to play around with Acer's Predator Thronos, a $29,000 gaming chair that includes three monitors, a Predator Orion 9000 with an Nvidia GeForce RTX 2080 Ti, and more. Gen-two was announced at IFA, and I got to have another look this time around.

This year's model is less than half the price of last year's, at under $14,000. Sure, that's not exactly affordable by any standards, but it's a completely immersive gaming experience. If you play competitively, it might be worth the purchase.

One of the reasons that it costs less is that it doesn't come with the PC anymore. Although presumably, if you're spending the money on this, you already have a pretty sweet gaming rig. It does still come with the three 27-inch monitors that you see above.

The chair on the inside of the unit is no longer stationary, so you can move it around wherever you want. This was presumably a decision based on feedback from the first generation.

All of this plugs into a single power cable that runs through the arm on top of the machine. In total, you'll need one power outlet for your PC, and one for the Predator Thronos, and that's it. It's a pretty clean solution for a three-monitor setup.

The new Predator Thronos will run you $13,999, and it will be available in March. 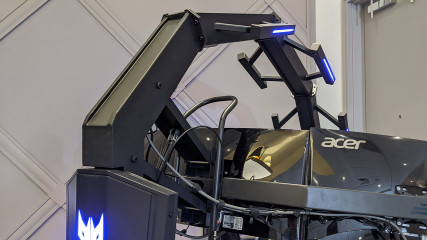 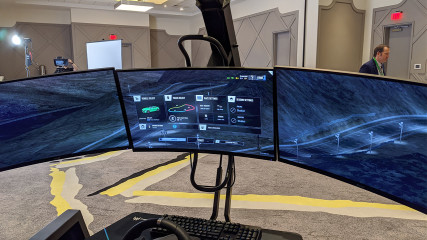 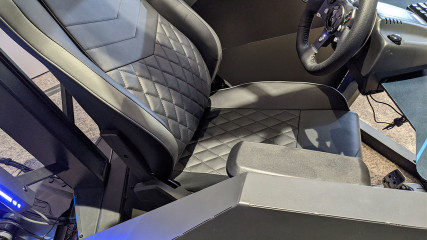 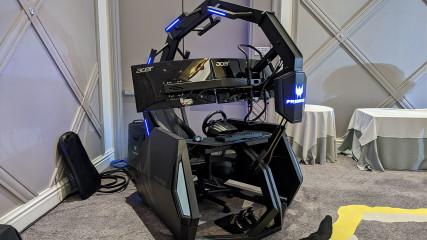 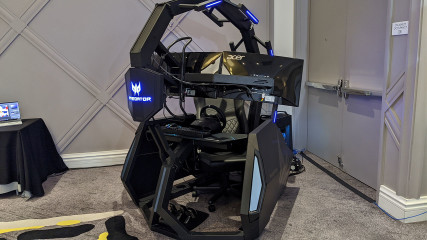 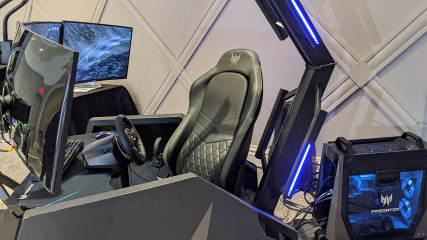 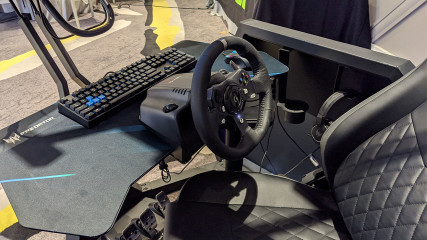 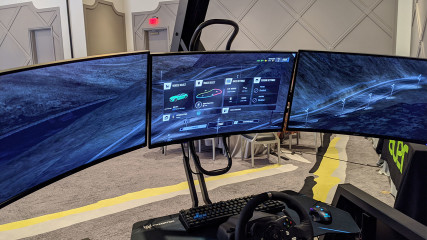 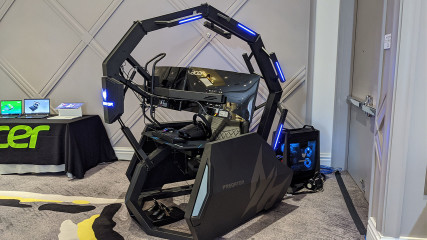