There's no denying that people love their pets and treat them as part of the family. Unfortunately, you can't always bring your furbabies with you, so they often have to stay back home, anxiously awaiting your return. Enter Furbo, a high-quality webcam made by Tomofun that has an integrated microphone and a place to keep treats so that you can watch, talk to, and feed your pet from anywhere in the world.

According to the Indiegogo project details, the idea for Furbo started in June 2014, but it took over two years for the product to go from conception to implementation. The project was so popular that it raised over half a million dollars. 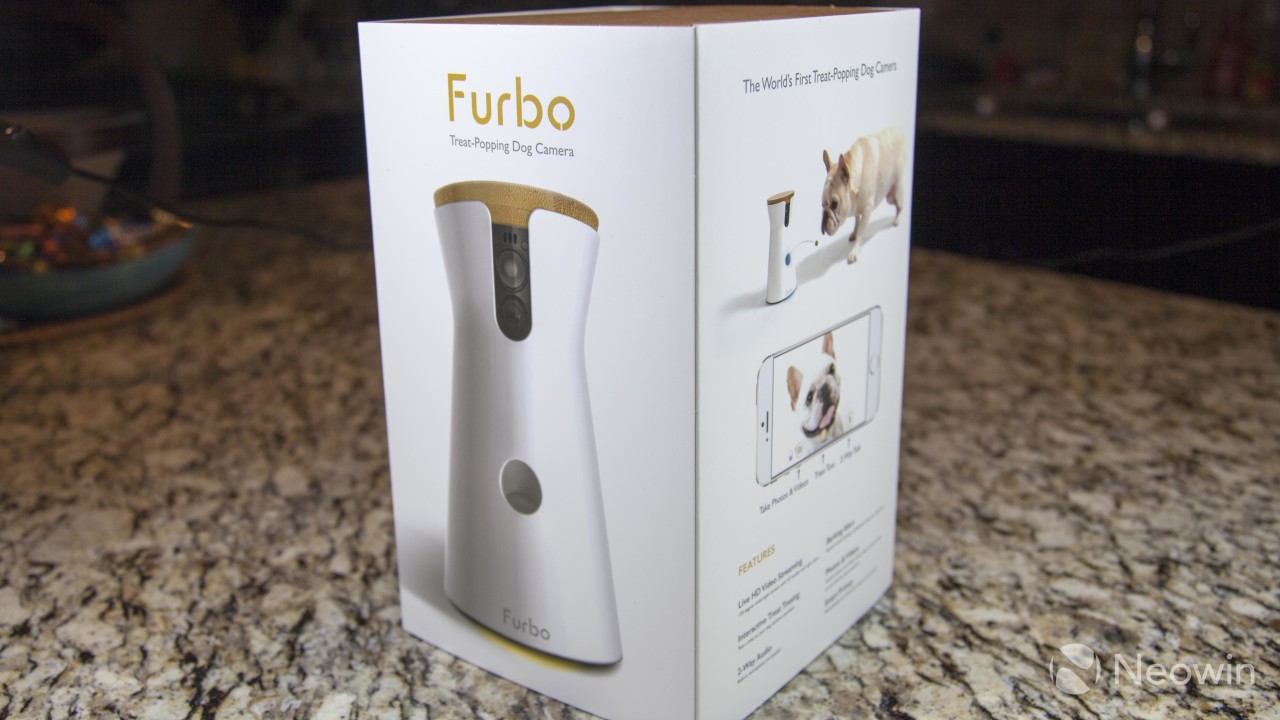 The Furbo comes in a good looking box, and the only things inside are the device itself and the USB cable/wall wart to power it. The first thing I thought after taking the Furbo out of the box was, "This thing looks an awful lot like a turret from Portal."

Overall, the device is rather large so you won't be hiding this out of sight. The webcam and microphone are at the top of the Furbo, and near the bottom is a hole where the treats are dispensed. And when I say "dispensed," I really mean, "thrown out across the room for your pet to chase." 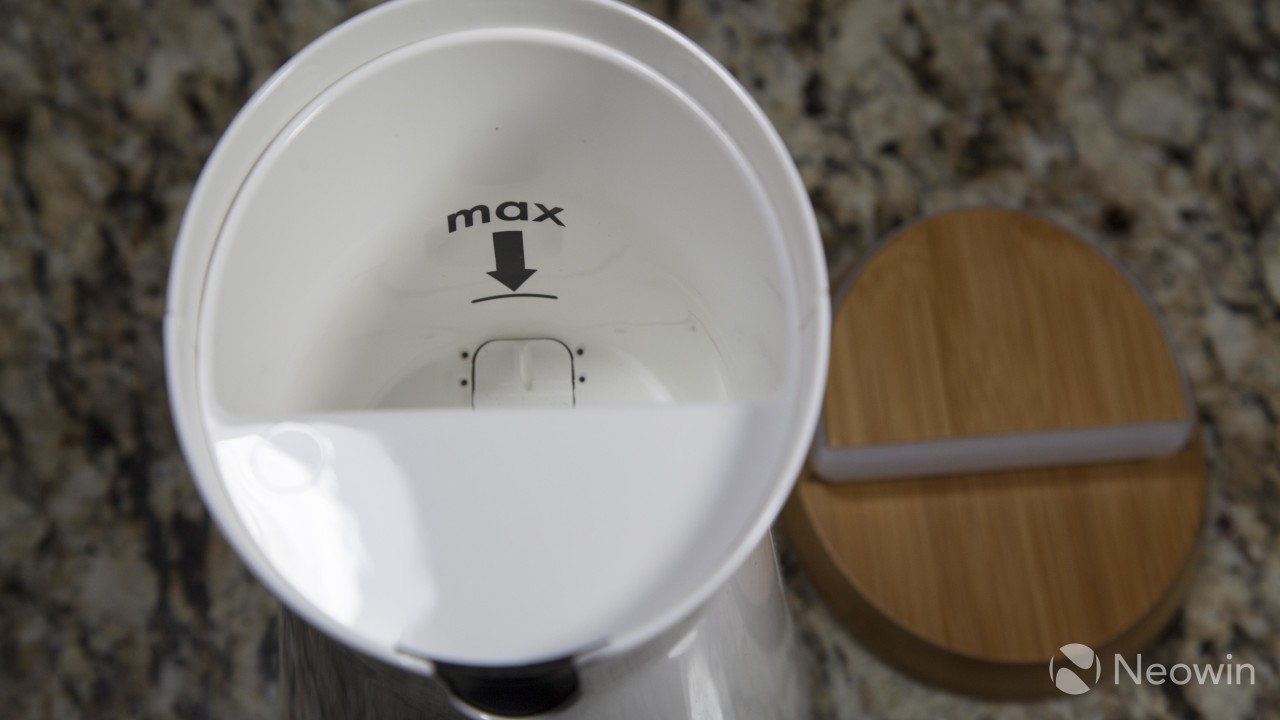 The lid is made of bamboo, a nice touch, and has a rubber seal to prevent critters (and your pet!) from getting into it, although I did wonder if a larger dog might try to use Furbo as a giant treat-filled Kong toy. Luckily my dog is a mere 22 pounds so that wasn't a concern. The device has a wide base and weighs a few pounds, so even larger dogs will probably be ok I would think. After you pull the top off, simply put fill it with your pet's favorite treat and put the lid back on. I tried a combination of treats, including my dog's regular dog food, and as long as the pieces aren't too large, they should all work fine.

Setup of Furbo is simple and intuitive. Install the Furbo mobile app on your Android or iOS device, enable Bluetooth, connect power to Furbo via the included USB power cable, and launch the app. You will be connected to the Furbo, asked to select which Wi-Fi network you want Furbo to join, and then you're done. Unfortunately, there is no Windows Phone version and the company is not planning on developing one. There is currently no desktop application either, but I'm told that browser access is in the works, although there is no ETA.

Once the configuration is complete, you can start using Furbo to see what your pets are doing in the house while you're gone. The camera itself provides a 720p, 120-degree view of the surroundings and overall looks pretty good. There's an infrared mode as well so you can see what's going on in the dark. Although there's no cloud storage of video footage, you can record 60-second snippets from within the app. Many may consider the lack of persistent storage a good security measure as well.

Regarding the app, there are a few buttons strategically placed on the screen. You can always hear what's going on via the Furbo microphone, but if you click the microphone button, you'll be able to talk to your pet via the included speaker. The slider on the bottom left of the screen lets you select between screenshots and video. The sprocket in the upper-right hand corner unlocks features such as night-vision, video recording quality, and bark detection sensitivity, which I'll get into later.

The star of the show is the cartoon-looking treat in the bottom center of the screen. To reward your pet, simply swipe up on the treat. You'll hear the Furbo play a (configurable) sound before throwing treats across the room. It's a good idea to condition your pet when you first get the Furbo so that they understand what it's used for. It didn't take my food-loving dog long to figure out that when the sound plays, food will soon be coming, although he does get startled each time he hears the mechanical clicking of the launcher.

Another cool feature of the Furbo is that it can alert you when your dog is barking. This can be used not only to let you know when your dog might need some extra attention but, depending on your dog, can also be used to alert you when the mailman or UPS driver have dropped something off. The default bark sensitivity was set to "medium," and my dog never triggered it. Once I set it to "high," the Furbo alerted me each time Buzzy barked. The unintended consequence of this feature was that I quickly learned that my dog barks for at least 30 minutes every day I go to work, which was a pretty sad realization.

For those who are concerned with privacy and security, the Furbo app has the ability to disable the camera and microphone when you are in the house, which is a nice feature.

Overall I really like the Furbo, but there's still some improvements that the company should consider, and the most glaring of these is the speaker and microphone. When using the microphone on the Furbo to listen to the room, sounds are distorted and tinny. When speaking into the app in order to activate the speaker, the sounds are equally distorted, so much so that not once did my dog obey a single command through the device. These seem like pretty easy improvements, although would obviously drive the price up. His lack of reaction might also be because he doesn't understand how I can live inside the Furbo. Talking with some co-workers, I'm told many dogs will listen and obey commands over the phone, another thing Buzzy won't do, so maybe this is partially dog dependent.

The other issue revolves around the bark sensor. I'm not sure how the device actually detects a barking sound, but from testing it seems like it's looking for silence, followed by a loud noise. During testing, I found that the sensor activated from people laughing in the next room which, while not a deal breaker, was a little annoying from time to time. 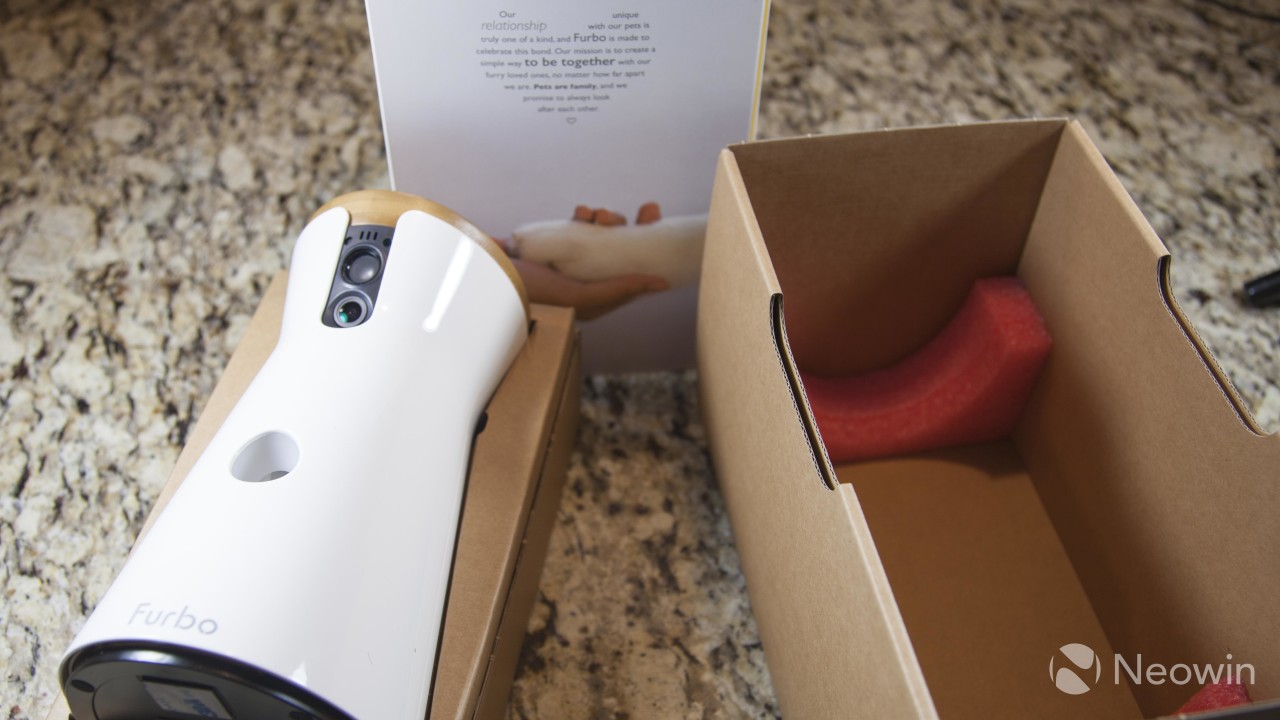 Lastly, depending on the size of your house, there's a good chance your dog might not even hear you (or the treats!). There were a few times that I wanted to see how Buzzy was doing, so I loaded the Furbo app and tried talking to him with no response. I fired treats into the room, and still no sign of the dog, most likely because he couldn't hear what was going on in another room. This won't be a problem if you confine your dog to a crate or an individual room, but it might prove to be an issue if your dog is free to roam the house..

So, do I recommend the Furbo? There's no question that the device does what it sets out to do, so for the right price, I would. It's nice to be able to check in on your pets while you're away, and if you aimed the camera at your front door and activated the bark sensor, it could potentially be used as a security system as well. That said, the retail price on Furbo is extremely high, coming in at $249, although it's frequently much lower than that on sites like Amazon.