To date, there have only been three Windows 10 PCs announced that use Qualcomm’s Snapdragon 850 chipset. There were three of the previous generation as well, that being powered by the Snapdragon 835. In other words, we really haven’t seen a lot of Windows on ARM PCs; six, to be precise. There are more on the way, like Samsung’s newly announced Snapdragon 8cx-powered Galaxy Book S and Lenovo’s Project Limitless.

But while news has been few and far between, I find Windows on ARM exciting. It’s Windows running on a new CPU architecture, one that’s not controlled by Intel or AMD. I’d love it if other ARM chip manufacturers like Samsung and Huawei got in on the fun, but let’s not get ahead of ourselves.

One of those three Snapdragon 850 devices is the Huawei MateBook E. You might not have even known it existed, because it’s not available outside of China. In fact, Huawei didn’t even announce it outside of China, so I didn’t actually hear about it until I spoke to the Windows on ARM team at Microsoft’s Build 2019 conference.

This week, Huawei sent a few journalists to Shenzhen, and while I’m still trying to get my own device to review (at least while I’m here), one of the first things I did was go to the Huawei Store to see the new MateBook E for myself.

That’s why this is titled a very brief look. I spent a bit of time with it in the store, so I didn’t get to run benchmarks or use it in real life. As we know, one of the biggest problems with Windows on ARM is performance, particularly that of emulated browsers. It’s starting to get better now that Firefox runs natively, but we’re still waiting on Chromium-based browsers.

The new MateBook E, well, it looks exactly like the last one. It’s a Windows 10 tablet with a USB Type-C port on the side, and an attachable keyboard. The attachable keyboard adds a kickstand as well, which you can place at any angle, unlike the original MateBook.

But I still find the new MateBook E interesting, because I believe this is the best Windows on ARM device currently on the market. Key specs include a 2160x1440 (3:2) display, 8GB RAM, and either 256GB or 512GB of storage.

Every other Windows on ARM device has been a compromise, but this one doesn’t seem to be. The three Snapdragon 835 devices were awful, so let’s leave those to rest. Out of the Snapdragon 850 devices, the Samsung Galaxy Book2 has a beautiful Super AMOLED display, but only 4GB RAM. The Lenovo Yoga C630 was previously the only Windows on ARM PC to have 8GB RAM, but it has a somewhat mediocre 1080p screen.

The MateBook E combines the beautiful display with 8GB RAM, and it’s also the only Windows on ARM device to include up to 512GB of storage. Honestly, I think the device deserves a shout-out just for those things, although the high-end configuration still costs less than $700.

I’d also be interested in a performance test against the last generation of the MateBook E, which had a seventh-generation Y-series Intel Core processor. The 4.5W chip seriously struggled with performance, so while the Snapdragon 850 wasn’t exactly stellar, it still might be better than a Y-series Intel chip.

Unfortunately, the Snapdragon-powered MateBook E is destined to stay exclusive to China, something that’s somewhat ironic given that Huawei’s troubles penetrating the United States have historically been tied to it using its own custom hardware rather than Qualcomm parts. It’s definitely worth taking a look at though, since it’s such a rare device. Hopefully, I'll be able to get my hands on one for a full review. 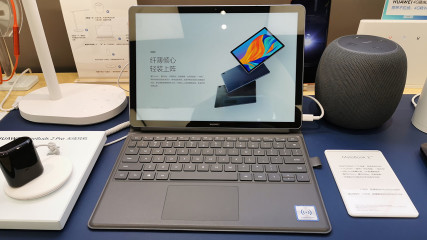 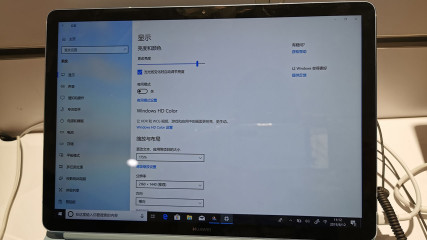 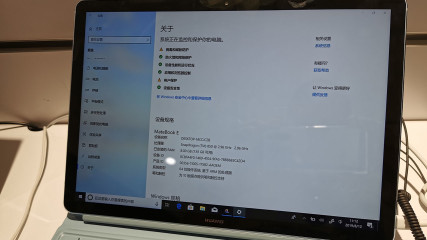 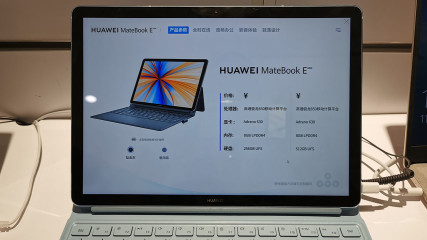 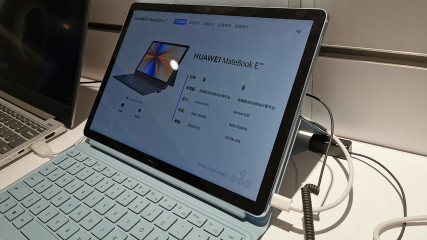 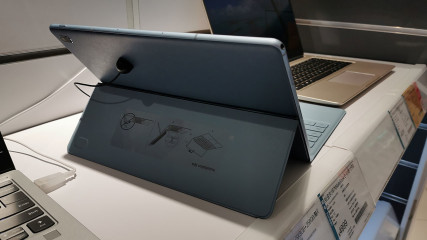 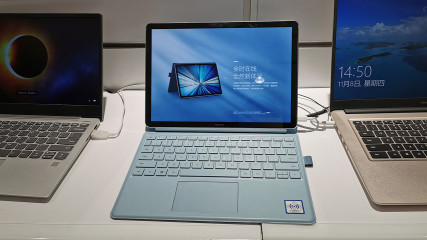