I've just started at a new company, and it's been a busy few weeks. Yet I've already had a lot of experiences on my new Surface RT. I'd read my share of Surface RT reviews before mine arrived – and the world doesn't need another Surface RT review, so I'll take you on a quick run-through of my thoughts to date.

The Surface RT is differentiated by its OS, and frankly the Windows RT is well designed for a touch-first experience. It's fun and fluid to use and it impresses everyone that plays with it. It's so easy to navigate that even young children can find their way around, getting to the games they want to play. 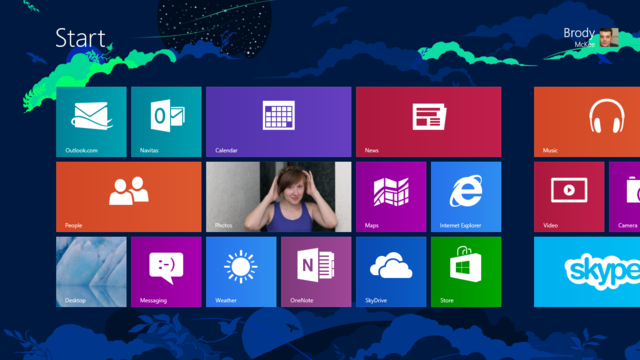 On the topic of games, Xbox integration is a key part of Microsoft's mobile offerings. Xbox titles, much like on Windows Phone, are the higher quality gaming titles on the platform, and allow you to unlock achievements and build up Gamerscore. This keeps me playing games for a lot longer than I normally would, as I chase after every last achievement. The Xbox integration here is also good, and SmartGlass has a promising future. Again, it's a great feature to show off to friends, and is very useful at home. If Microsoft can get enough developers to build really compelling content for SmartGlass, it will really push Xbox above the competition.

The app I'm using most is OneNote (the only Office app to run in Metro), and it's really a well-designed application. It's clearly well thought-out and allows you to insert tables and photos, add bullet points, change text settings, and more all through an easy to use touch interface – featuring a very cool radial menu. It is missing a few features though. For example, it won't let you hand-draw notes unless your device comes with a digitiser. With a little work, I believe that Microsoft can make OneNote the ultimate note-taking tool. OneNote in Metro also shines a little light on the path that the rest of Office apps should be taking. In fact, if Office and a decent file manager were included in Metro, you wouldn't need the desktop, which should be Microsoft's goal for RT.

Despite what's great about the Surface RT, it's far from a perfect product. Surface RT does suffer from a bit of lag and a number of rendering/redraw issues. Apps like Skype are unimpressive in their performance, and the music app seems like an early beta. The Store itself also has large delays at times.

There are some Windows staples missing from the Metro experience. There's no metro calculator included, and apps like Movie Maker and Photo Gallery aren't available on Windows RT. The gaming titles like Minesweeper, Solitaire, and Mahjong are available on Windows 8 – but their Windows RT compatibility is still 3-4 weeks away according to Microsoft representatives. 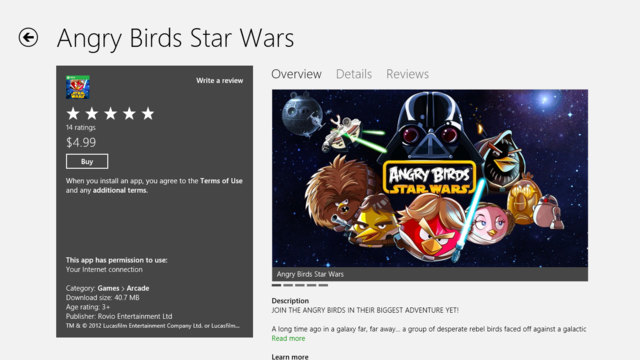 The pricing of apps also concerns me. Angry Birds titles are $4.99 each in Australia, yet they're only $0.99 on Windows Phone. I'm happy to pay more, as I realise I'm on a new device, but five times the price seems horrible to me.

Sharing on Windows RT is easy, but you can't share a photo to Twitter or Facebook via People, yet you can post text and links to those channels. It's a strange limitation, and when someone asked about it in the Microsoft Community, they were told that People is a contact app, not a social network posting app. That didn't sit well with me. There's also no support for DLNA within the Devices area. My Samsung TV worked great with Window 7, but Windows RT just tells me that the TV isn't “Windows Compatible”.

Most of the problems with the Surface RT appear to be software or driver related. Microsoft has told me that they'll be releasing a number of performance related updates for Surface RT shortly (with no definite time frame), and this should greatly improve performance. I'd expect that we'll see this happen by the end of the year.

I ordered my Surface RT with a Touch Cover in Cyan. It arrived and looked as nice as I'd expected, until I flipped it over and it split – apparently a common problem. When I contacted Microsoft, they said that they would replace it under warranty, but that first I'd have to send the old one back (at their expense). When a unit arrives faulty, I'd never expect to have to mail it back, wait five days, and then have a new one shipped out. It's definitely a disappointing experience for a new product.

Accessories aside, Surface RT is a well-built machine, with looks to match. But it's polished off with two 1MP cameras, no GPS, no NFC, and shockingly it doesn't feature 3G/4G. I have to use my Surface tethered to my phone for large parts of the day as it's such connected device. Many games won't even run unless they can first connect to Xbox Live, and if they do run, you don't have access to your game/s in progress.

The units finish is fingerprint resistant, as Microsoft had promised. I'm largely happy with the feel of the Surfact RT, yet I've noticed that my Surface RT has imperfections on the rear of the casing that are noticable to touch. It's like the unit needs a light sand. It doesn't ruin the experience, but again it shows that Microsoft has some work to do on the quality front.

Would I recommend the Surface RT?

It's a great machine, with some flaws that should be addressed via software in the coming weeks and months. But, if you don't need a tablet right now, you could hold off to see what the Surface Pro is like, or even wait for a revision of the Surface RT (I'm betting on yearly revisions) that may include a data connection. If you love the latest and greatest, and want it now, then get it. Just be aware that there are a few bugs that will take some time to iron out.

If you're considering buying a Surface RT and have any specific questions, feel free to ask in the comments below, or shoot me a message/email. And in case you're wondering, I wrote this entire review on my Surface RT, using both the on-screen keyboard, and the Touch Cover.