Quite a few manufacturers have hopped aboard the Chromebook train, releasing numerous Chrome-powered notebooks in recent months. Acer isn't a newcomer to this space, but it will no doubt be hoping that its blend of power, size and price will hit the right notes with cash-strapped consumers. 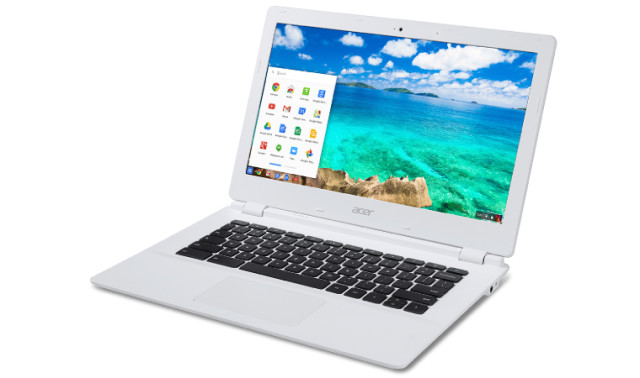 The Chromebook 13 is the first notebook to run on NVIDIA's new quad-core Tegra K1 processor, promising both a decent amount of power and the kind of battery life that many more expensive laptops can only dream of.

It may not win any design awards but at least it's not too chunky, at just 18mm-thick and weighing in at around 1.5kg. Three configurations will be widely available, catering to various needs and price points.

The cheapest comes with a 1366x768px display, 2GB RAM and a 16GB SSD for $279.99; the second bumps this up to a Full HD (1920x1080px) display; and the most expensive doubles the RAM to 4GB and increases onboard storage to 32GB.& A fourth configuration, exclusively for the education sector, features the lower-resolution display and 4GB of RAM, priced at $329.99.

Source: The Next Web | image via Acer