Earlier this week in London while Dell was announcing its Chromebook 5000 series of convertibles at the BETT 2018 Education showcase, it seems that an Acer tablet with Chrome OS onboard was knocking around on the show floor as well. 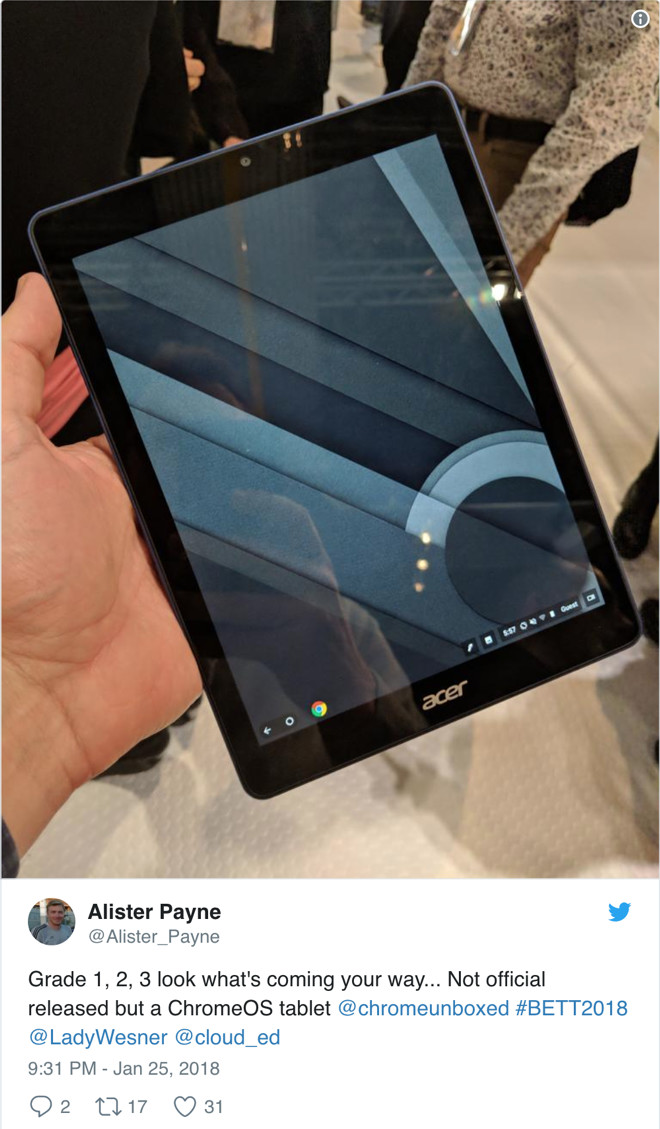 In fact, not much else is known about the mysterious tablet, and that is because since the news broke on Chrome Unboxed (via a Swedish tech blog called 99.se), the tweet and all reference to it have been pulled. Luckily for us, the Swedish website grabbed a screenshot, which we've included up above.

EdTech specialist and Information Systems researcher Alister Payne tweeted the photo of the Acer tablet running on Chrome OS, and added that the device in the photo was “Not official released but a ChromeOS tablet”.

The tablet appears to have an 8 to 10 inch display and reportedly included a companion stylus from the popular pen company Staedtler, and that’s pretty much all we know about it. It must also be noted that no Chrome OS tablets were officially announced at BETT 2018, but we could learn more at the Google I/O event in May.