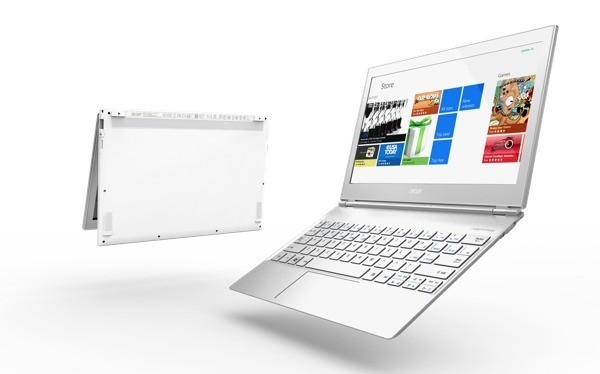 Acer has become one of the first PC makers to finally admit what it will be charging for at least some of its Windows 8 hardware products. The company announced that its Aspire S7 series of Ultrabook-based notebooks will be priced starting at $1,199 for the 11.6-inch model.

All of the models come with a lid that can be titled by 180 degrees, which lets the Ultrabooks lay completely flat on a desk. The 11.6 inch model lid is made of aluminum while the 13.3 inch model's lid is made of Gorilla Glass. The notebooks will have a battery life of up to 12 hours if you put in an optional second battery. All of the Aspire S7 notebooks will all go on sale officially on October 26th, the launch date of Windows 8.