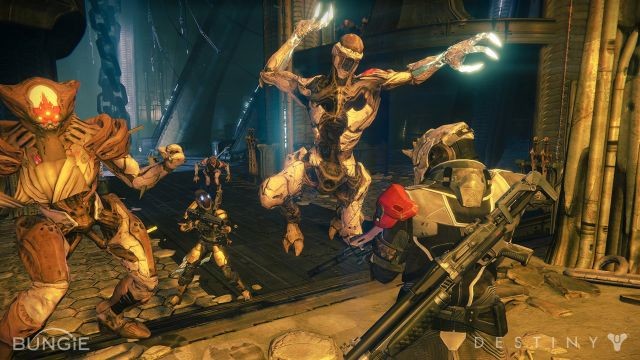 Developer Bungie and publisher Activision will be spending a ton of money to launch Destiny, an all new sci-fi shooter game franchise, later this year. Activision CEO Bobby Kotick has revealed that the total budget for Destiny will be a massive $500 million. Kotick revealed that figure during an analyst conference last week.

Reuters reports that, according to an Activision spokesperson, Kotick's $500 million number includes non-game development costs for Destiny such as marketing, packaging, infrastructure, royalties and more. Even so, the amount of money that is being spent on an unproven game series is still massive and may end up being a record breaker for the game industry.

In 2013, it was reported that Rockstar Games' Grand Theft Auto V had the biggest game budget of all time at $267 million, which included development and marketing costs. That game went on to sell over 32 million copies but the GTA series had a long and profitable record prior to the release of GTA V. Analysts expect that Destiny, an all new IP, will have to sell between 15 million to 16 million copies just to break even.

Activision first signed Bungie, the original developer of Microsoft's Halo series, to a 10 year publishing contract back in 2010 that involves multiple games. Unlike the Halo series, which was owned by Microsoft, Bungie will retain the IP rights to Destiny. The game is due for release on September 9th for Sony's PS3 and PS4 consoles, along with Microsoft's Xbox 360 and Xbox One. A beta test will be held sometime this summer.

Bungie recently released a new gameplay video showing off more of Destiny. It's expected that Bungie and Activision will reveal a lot more about the game in June during E3 2014.