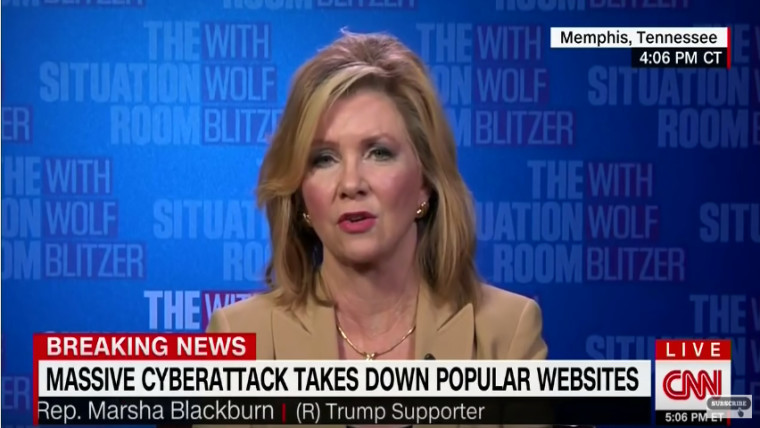 Digital advocacy group Fight for the Future has launched a new tech support hotline designed to help clueless Congressmen figure out how the internet works.

To ensure that the United States' elected leaders receive the best possible tech support, Fight for the Future has set up its hotline to lead directly to the phone of its Chief Technical Officer, Jeff Lyon.

Fight for the Future concurrently launched an informational website which provides background information on the campaign, as well as useful links for the tech-clueless to brush up on the 21st century.

"Are you a member of Congress who has been asked to give an interview about the massive DDoS attacks that took down 'The Internet' last week, but have absolutely no clue what you're talking about?", the website asks. If so, you can easily call 1 (844) 294-A-CLUE to get tech support from CTO Jeff Lyon.

"This phone call could be one of the most important things you do today," the website explains. "Our CTO Jeff Lyon will be more than happy to explain the basics of how DDoS attacks work, and how hastily passing more bad Internet legislation will put us all in even more danger. You'll get a quick rundown of how cyber attacks like this work, and what you, as a member of Congress, can actually do to prevent them in the future. We can also discuss how the SOPA cyberbots were or were not a part of this attack, if you want."

The hotline is lightly sarcastic, and alerts Congressional officials that if they're still using a rotary phone, they should probably upgrade - it's 2016, after all. If they're clueless, however, they can press 1 and become informed.

After last week's massive DDoS attacks which took down major sites like Reddit, Twitter, and Netflix for hours on end, the US government took immediately to addressing the issue, with White House Press Secretary Josh Earnest noting that the Department of Homeland Security was monitoring the attacks.

But the DDoS attack, which impacted millions of Congressmen and normal Americans who take the internet for granted in its ability to stream their favorite websites instantly, highlighted another significant issue plaguing domestic internet policy: many leaders charged with drafting legislation on telecommunications infrastructure like the internet simply have no idea how that infrastructure works.

When Rep. Marsha Blackburn (R-Tenn.) appeared on CNN last week to discuss the cyber attack, the gap in knowledge between Congress and many internet users was revealed. Historically, talk from similar Congressional representatives likening the internet to a "series of tubes" has indicated the need for practical technology education in order to modernize old and outdated legislation like the 1986 Computer Fraud & Abuse Act, which is inapplicable to many of the standards of today's internet.

“When somebody on the Communications and Technology subcommittee is this shaky on basic facts of technology and Internet policy, it’s no laughing matter. Lives are at stake,” said Fight for the Future Co-founder Holmes Wilson, “If we’re going to get beyond mistakes like CISA we need members of Congress who actually understand this stuff and don’t just pretend to.”

When asked if CTO Jeff Lyon was annoyed or enthused at being a one-man tech support team for the entirety of Congress, Fight for the Future's Campaign Director, Evan Greer, noted the need for practical tech support which is much greater than any one man.

"Jeff is excited about the prospect of helping folks in DC understand the basics of how the Internet works," Greer said.

Source: Fight for the Future