A few days ago we had the chance to have a sneak peak at the new data from AdDuplex concerning Windows Phone marketshare. Now we have the full data set and the results are clear: Nokia Lumia 520 is the new king of Windows Phone, and low-end devices are the way forward.

The rise of the Nokia Lumia 520, along with its US counterpart, the Lumia 521, has been nothing short of spectacular. Though it’s only been on the market for a relatively short while this little device has become the most popular Windows Phone out there taking 13.3% of the WP marketshare.

According to AdDuplex stats the 520 was only the 5th most popular Windows Phone device back in June, with the Lumia 920 being number one. However, increased availability of the device combined with an awesome quality-price ratio, has made the 520 a clear winner in this race. 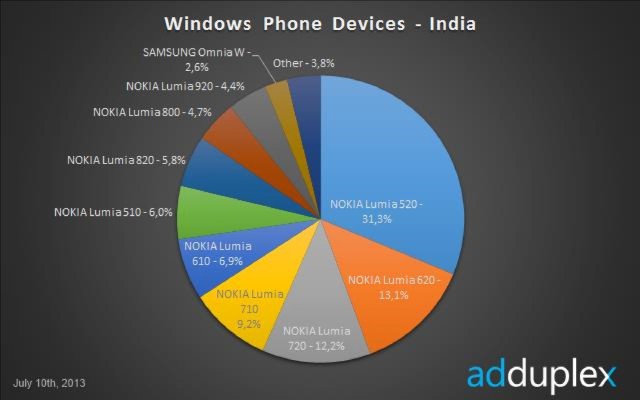 India is a stunning example of the success that this device is having. In just three months it has gone from 0 to 31% marketshare showing that great design, good build quality and a great price is something that very few people can ignore. 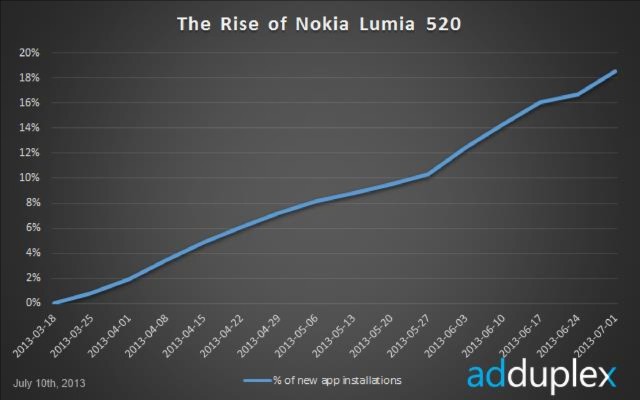 Another chart clearly shows that a very significant number of newly installed apps find their home on Nokia’s cheapest Windows Phone. So app developers out there should take note and code their apps with lower-end devices in mind. 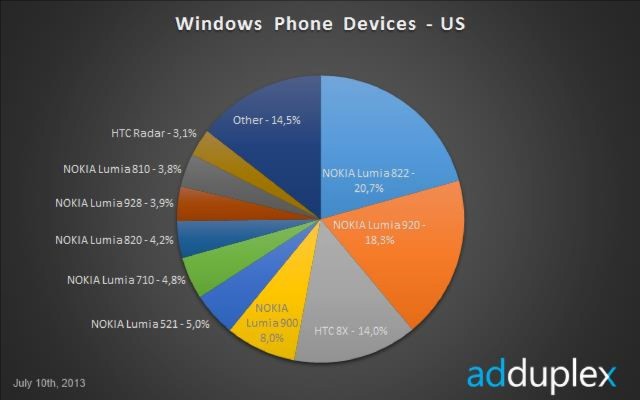 Taking a look at the US market we see a similar picture. The Lumia 521 has seen a lot of growth in the past months doubling its share to 5% and squeezing its way into the Top 10. However, the mid-range Lumia 822 still reigns supreme, followed by the 920 and HTC’s 8X. 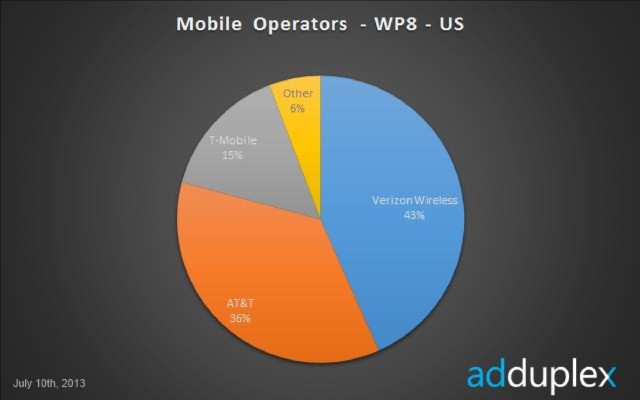 An interesting point to note regarding the US Windows Phone market is that Verizon seems to be the leading Windows Phone carrier. This goes against what Ralph de la Vega, AT&T’s CEO, said a couple of days ago at the Lumia 1020 launch event. 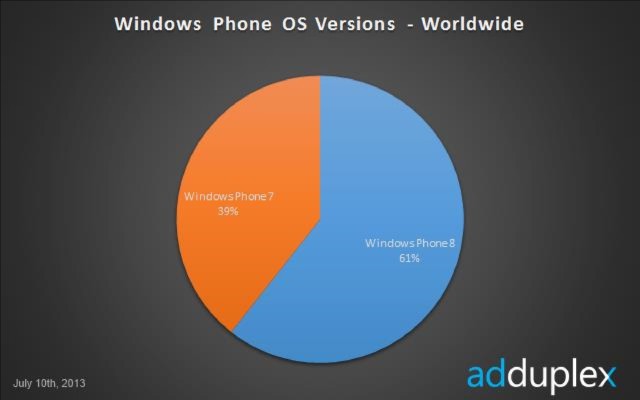 In other Windows Phone news, the great success that the 520 has also means that Windows Phone 8 is now running on 61% of all Windows Phone devices out there. This is good news for users who get a superior experience on these new devices as well as for developers, who can now focus almost entirely on the newest version of Microsoft’s OS and use all of its capabilities. 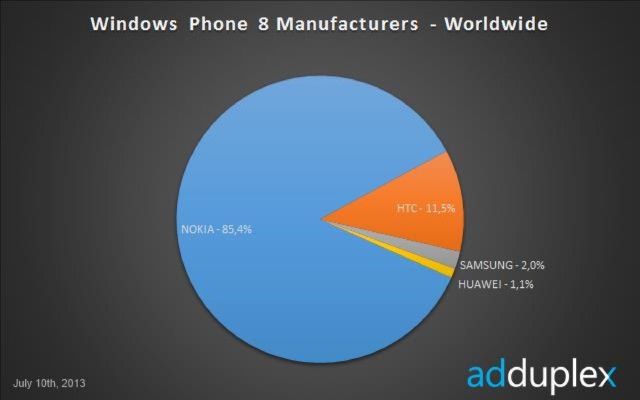 If we look at OEMs the picture hasn’t changed much. Nokia is still the dominant player in this ecosystem accounting for 85% of all Windows Phones. Huawei has been making a little gains and with the imminent launch of the W2 they might pick up a few more percentage points in the following months.

As for other devices out there, the Lumia 920 is now number two in the global race, accounting for almost 12% of total devices with the low-end 620 going head to head with the older 710 each taking 9.6% of the market.

The data shows that these trends, especially low-end device growth, are present in all Windows Phone markets. The low-end specter of the market is a very important segment for Microsoft, Nokia and other OEMs. As many in the industry have pointed out, the way forward for Windows Phone seems to be a much stronger focus on low-end devices and developing markets.

Data and Images courtesy of AdDuplex.com