AdDuplex released its monthly report today, showing Windows usage based on usage of apps that run the AdDuplex SDK v2 or higher on the day of January 28. AdDuplex runs on over 5,000 Microsoft Store apps. 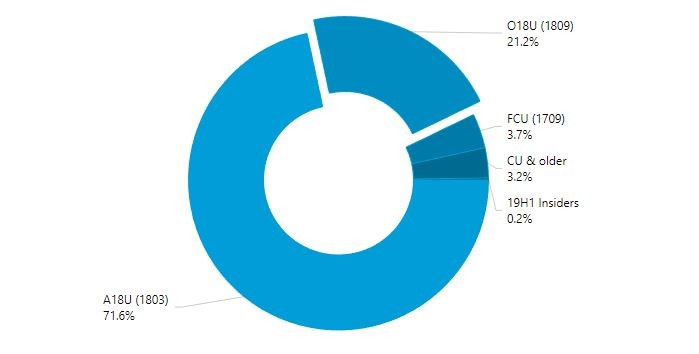 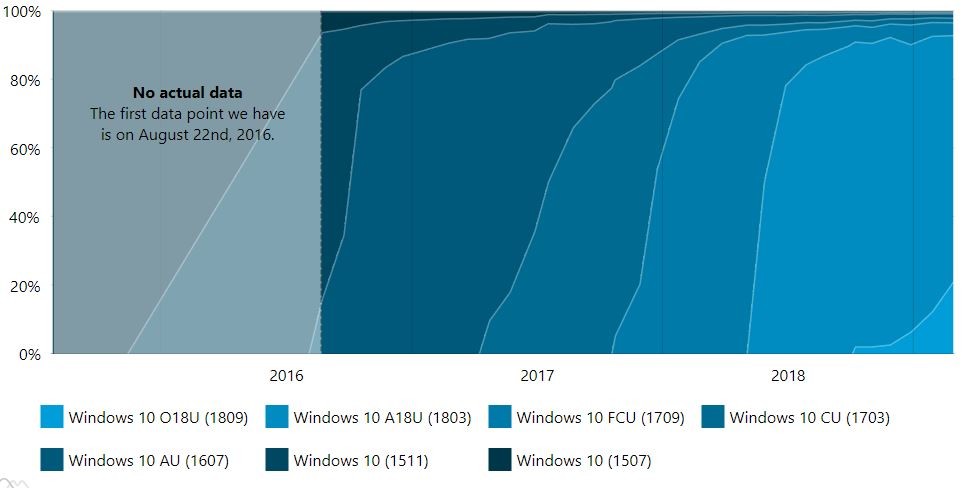 The most interesting thing is just how slowly the Windows 10 October 2018 Update (version 1809) has been adopted. Every other version has seen a spike in installations rather early on. Since we're about a month away from a Windows 10 1903 RTM and two months away from a public release, it seems likely that many PCs will skip 1809 entirely.

AdDuplex also provided Surface usage stats. The top four are still the same, although the Surface Pro 6 has overtaken the aging Surface 3. Surface Book 2 and Surface Laptop have also overtaken the original Surface Pro, while the end of the line is still the Pro 2, Laptop 2, and Studio.