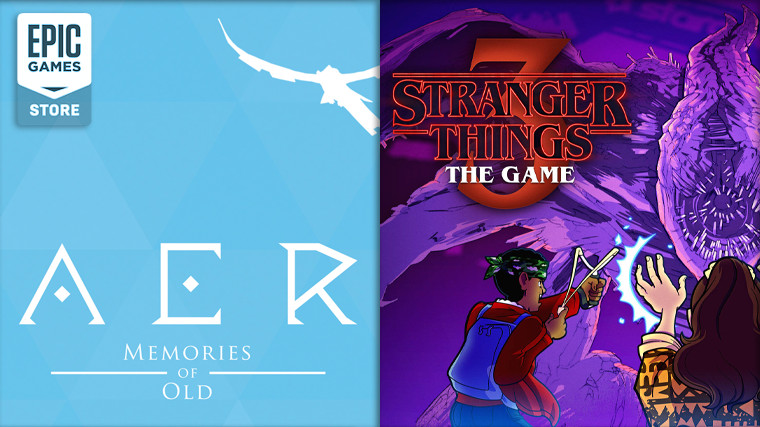 AER Memories of Old and Stranger Things 3: The Game are free to claim on the Epic Games Store this week, taking the place of Pathway.

AER Memories of Old is an open world exploration title that’s all about flying through a world of floating islands in the sky and discovering ancient ruins along the way. Here’s how the Epic Games Store describes it:

Transform into a bird and fly to explore and experience a vibrant world of floating islands in the sky. Venture down into lost ancient ruins where each step leads you closer to the end of the world.

Stranger Things 3: The Game is set along the events of Netflix’s Stranger Things’ Season 3. It’s an adventure title with two-player local co-op, letting players explore Hawkins and play through the events that happen in the show. Here’s how the Epic Games Store describes the title:

Stranger Things 3: The Game is the official companion game to Season 3 of the hit original series! Play through familiar events from the series while also uncovering never-before-seen quests, character interactions, and secrets!

Epic Games Store is offering Stranger Things 3: The Game for macOS and Windows, and AER Memories of Old for Windows. However, it’s worth noting that the latter is also available for macOS and Linux via Steam, where it is priced $2.99 at the time of writing. Here are the minimum requirements for both titles:

If you wish to claim AER Memories of Old or Stranger Things 3: The Game, you can find them here. They will be free to claim until July 2, which is when Epic will put on offer Conan Exiles and Hue for its next giveaway.