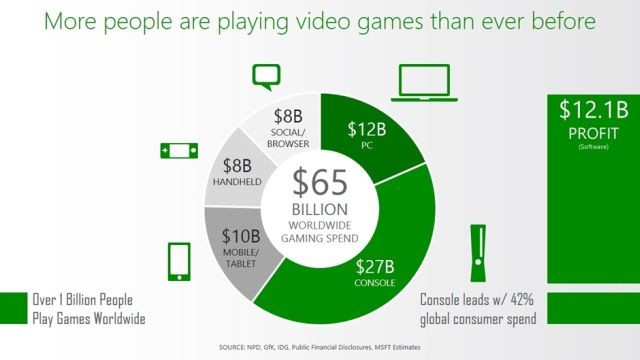 On Thursday, the NPD Group announced that revenues for the overall U.S. retail game industry in April 2013 were 25 percent less than they were for the same period a year ago. Microsoft also announced that it sold 130,000 Xbox 360 consoles for the month of April in the U.S., which was over 100,000 units less than what was sold in April 2012. 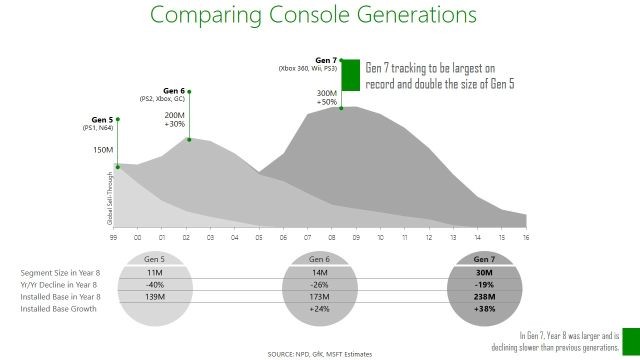 In a post on Microsoft's newly launched Xbox Wire blog, the company says that for 2012, a whopping $65 billion was spend on games worldwide. $27 billion was spent on console games, with another $12 billion on PC gaming. It also claims that for the current generation of consoles (Xbox 360, PS3 and Wii) the install base 238 million units, compared to 173 million for the last generation (Xbox, PS2 and GameCube). 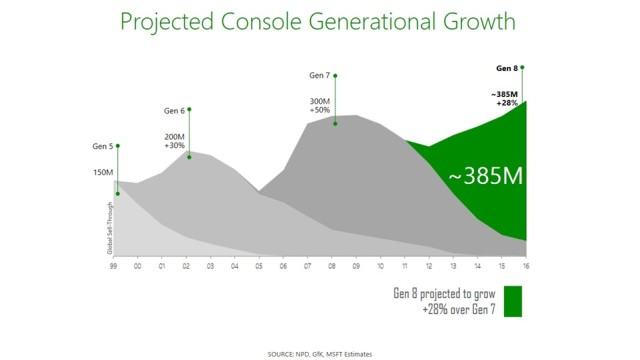