Just before Christmas, the first 7- and 8-inch tablets running Windows 10 Mobile were officially announced, by Chinese manufacturer Sunty World. Now, it's the turn of Alcatel OneTouch, which has previously launched Windows Phone handsets, including the Pop 2 and Pixi 3. 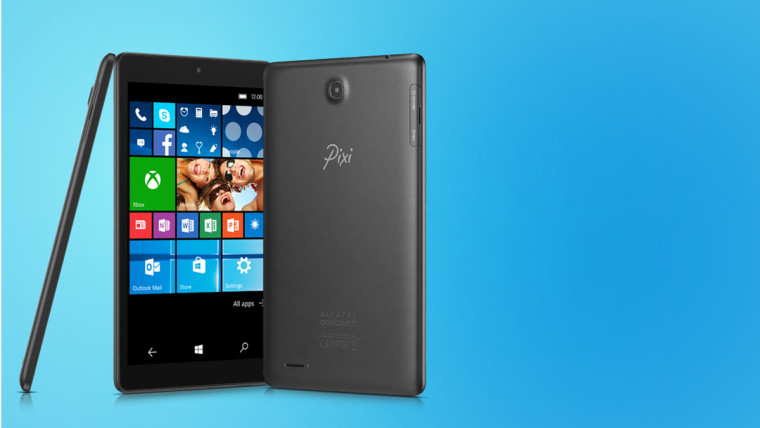 Today, Alcatel OneTouch announced the 'Pixi 3 (8)', an 8-inch tablet running Windows 10 Mobile, with integrated 4G LTE connectivity. The device is being promoted with the tagline: 'My first Windows tablet'. 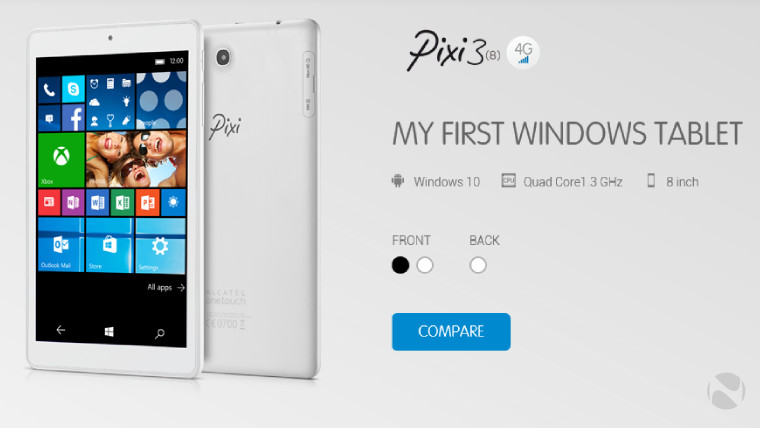 According to the company's website, its key specs include:

The Pixi 3 (8) with Windows 10 Mobile will be available in three colors - white, gold and 'volcano black' - when it goes on sale in April, starting in Europe and Latin America.

The company will also sell various accessories, including removable 'Color Skin' covers in bright blue, pink and yellow, along with a 'Stand Flip Case', which it says "allows users to prop up the tablet for easy viewing on a desktop or counter.

Alongside the Windows 10 Mobile version, Alcatel OneTouch says that the device "is also available with the newly updated Android 5.0 Lollipop" - although it seems that someone forget to let them know that Android 5.1, 5.1.1, 6.0 and 6.0.1 have all been released since the days when version 5.0 was still new.