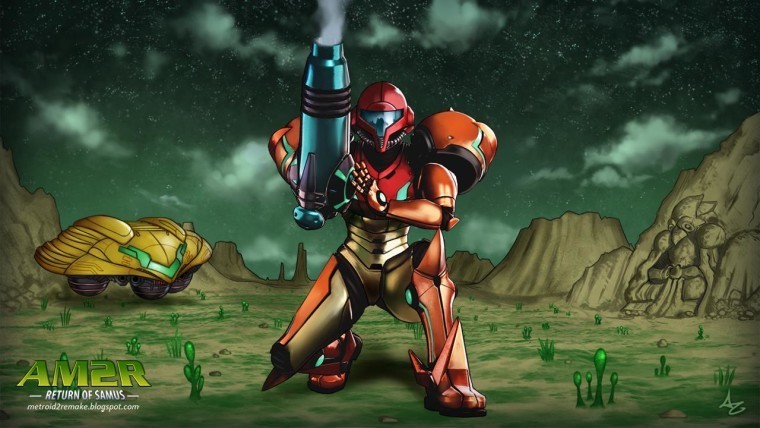 Metroid 2 released on Game Boy in 1991, earning praise from numerous critics and becoming a fan favorite on the Game Boy. The Metroid franchise turned 30 yesterday and, since Nintendo wasn't going to do anything special for the anniversary, a few fans stepped up and decided to build a remake of the original game.

Titled Another Metroid 2 Remake: Return of Samus (AM2R), the Metroid 2 remake is a free game available on Windows PCs right now. AM2R isn't just a straight port of the original game, it's a fusion of multiple Metroid titles. AM2R borrows gameplay elements from other titles like Metroid: Zero Mission and Super Metroid to improve the speed and response of the game's controls and movements, making it feel modern without disrupting the core of the game itself. There's also a nice update to the graphics and colors that allow AM2R to present itself like a modern-day indie title.

The timing of the release of AM2R couldn't be much better as the game comes just a few months before Nintendo re-releases some of its heritage via a remade NES console. If you're a part of the Metroid fan base, you'll want to give this remake a try. You can download it for free directly from Project AM2R's website. If you're a Linux user, Project AM2R states that a build for Linux is under construction and that it will be available soon.