Founded in 2014, Huami is most well-known for making the very popular Mi Bands for Xiaomi. The largest wearable device company in the world now, Huami launched its own smart wearable brand a while ago – Amazfit – offering a wide variety of affordable smartwatches.

We use the term 'smartwatch' loosely, mind you. Industry analysts classify them as ‘connected wearables’, though, since they don’t run a full-blown smartwatch operating system like Google’s Wear OS or Samsung’s Tizen.

One of the latest additions to the Amazfit portfolio is Amazfit T-Rex, the company’s first rugged smartwatch. Aimed at the value segment, the T-Rex was first showcased at CES 2020. I spent a couple of weeks with the Amazfit T-Rex and here are my thoughts about the device. 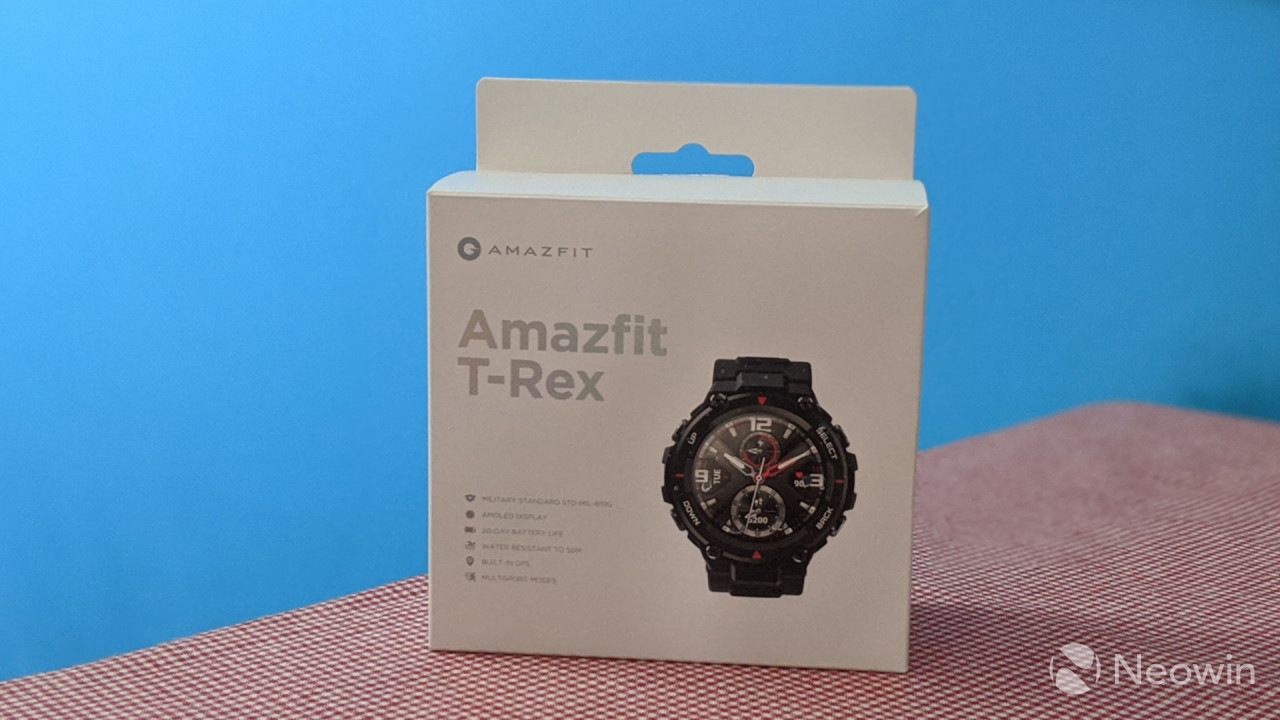 If you’re a fan of the classic G-Shock line of watches by Casio, you’ll warm up to the T-Rex immediately. It’s big and rugged, and unapologetically aggressive in its looks. The design might not appeal to a few, especially those with smaller wrists, but I totally dig it.

Even with the large size and generous bezels around the screen, the watch weighs just 58 grams owing to its polycarbonate chassis. It’s very light for its design which is often disorienting because while one doesn’t enjoy bulk, there’s an expectation of some heft when you look at a large rugged watch. Many people, though, will like a lightweight smartwatch when they’re outdoors or working out.

There are four textured buttons to control the features and navigate through the interface. It’s a good way to interact with the watch when you’re sweaty in the middle of a workout or wearing gloves in the winters but the tactile feedback isn’t that great. The silicone strap is very comfortable and almost feather-light. The quality is good enough as well.

One of the downsides of a large, rugged smartwatch is that it isn’t the most comfortable one to wear to bed if you need to track your sleep at night.

It may be a plastic body on an affordable smartwatch but the T-Rex is designed for harshest outdoor conditions. The watch comes with STD-MIL-810G certification, which means it can withstand extreme heat and cold. It also has a 5ATM rating, which means it has 50-meter water resistance. These durability certifications on a smartwatch in this price segment are quite great, actually, and Huami nails the ‘rugged smartwatch’ claim. 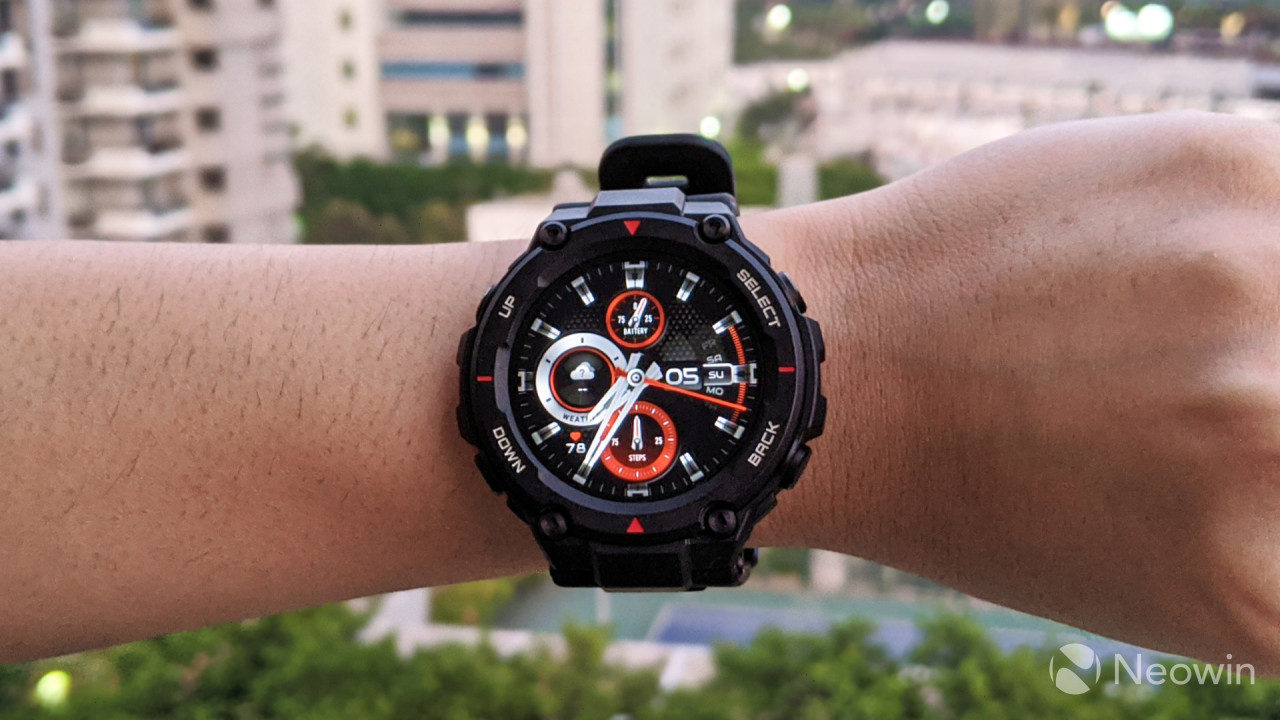 Huami makes up for a middling plastic body with a stellar display. The Amazfit T-Rex has a 1.3-inch AMOLED panel with a resolution of 360 x 360 pixels. It has a Gorilla Glass 3 layer for protection and comes with an okay-ish oleophobic coating on top.

The display is quite sharp and the viewing experience is pretty good. If automatic brightness is turned on, it gets by quite well getting plenty bright outdoors and dim indoors. Although it gets sufficiently bright outdoors, sometimes it is a tad hard to read under direct sunlight. There’s also an always-on mode if you want the screen enabled throughout the day. 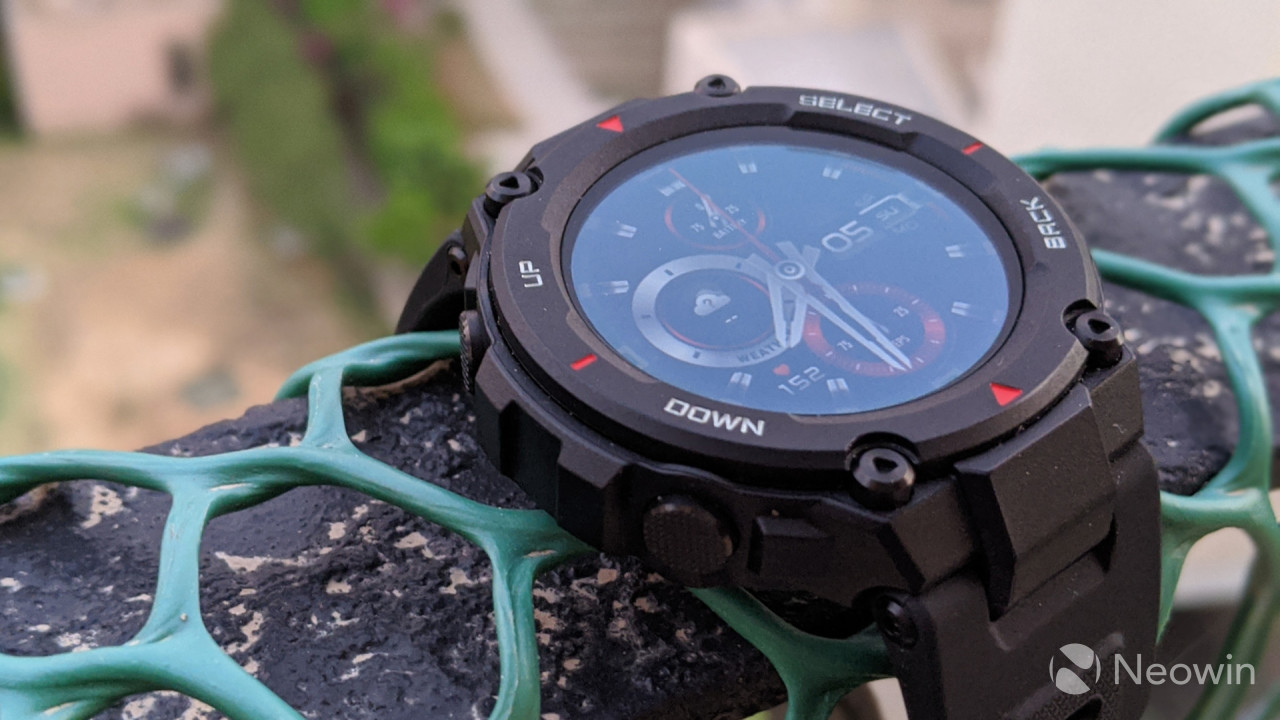 The UI on Amazfit T-Rex is quite intuitive and straightforward – swipe down to go to quick shortcuts, swipe left to navigate to the built-in apps, and swipe right to check your notifications. I did not face any stutters or lag while navigating the UI or using any app in my day-to-day use.

The watch allows you to control your music, and while it works with music streaming apps like Spotify, you can’t store music locally on the T-Rex.

Built for fitness enthusiasts, the T-Rex automatically recognizes 14 forms of workout activities. In tracking steps, the T-Rex does a good job, thankfully. Some of the previous Amazfit watches, like the GTS, had step tracking issues, often recording ghost steps, but I didn’t face any outliers with the T-Rex.

There’s an optical heart rate sensor that will keep track of your resting and active heart rate throughout the day. While it is slow to pick up sudden highs and lows, overall the readings are reliable if one doesn’t compare with more professional equipment. The sleep tracking too seemed accurate for the most part but often inconsistent in terms of the number of minutes I was awake in between my periods of sleep compared to my Fitbit Versa I had on my other wrist during the review period.

The T-Rex also offers a GPS and GLONASS module with a dual-satellite positioning system. A smartwatch with built-in GPS at this price point will be quite attractive for runners and outdoorsy folks.

The biggest downside of the Amazfit T-Rex is that there’s no third-party app support. The T-Rex is powered by Huami’s custom software instead of an operating system like Wear OS or Fitbit OS that can hook into an app ecosystem. So, you’re limited to bare-bones built-in apps. If fitness tracking and a smartwatch companion is all you need, the T-Rex should suffice but for anything more, this might not be the one you’d prefer. It’s a limitation, yes, but something you know while picking one up.

Also, the T-Rex comes with an usual Amazfit annoyance. It’s not something you’ll run into often so it’s not a showstopper, but software updates are a drag and often fail midway. I wish Huami will work on the update experience going forward. 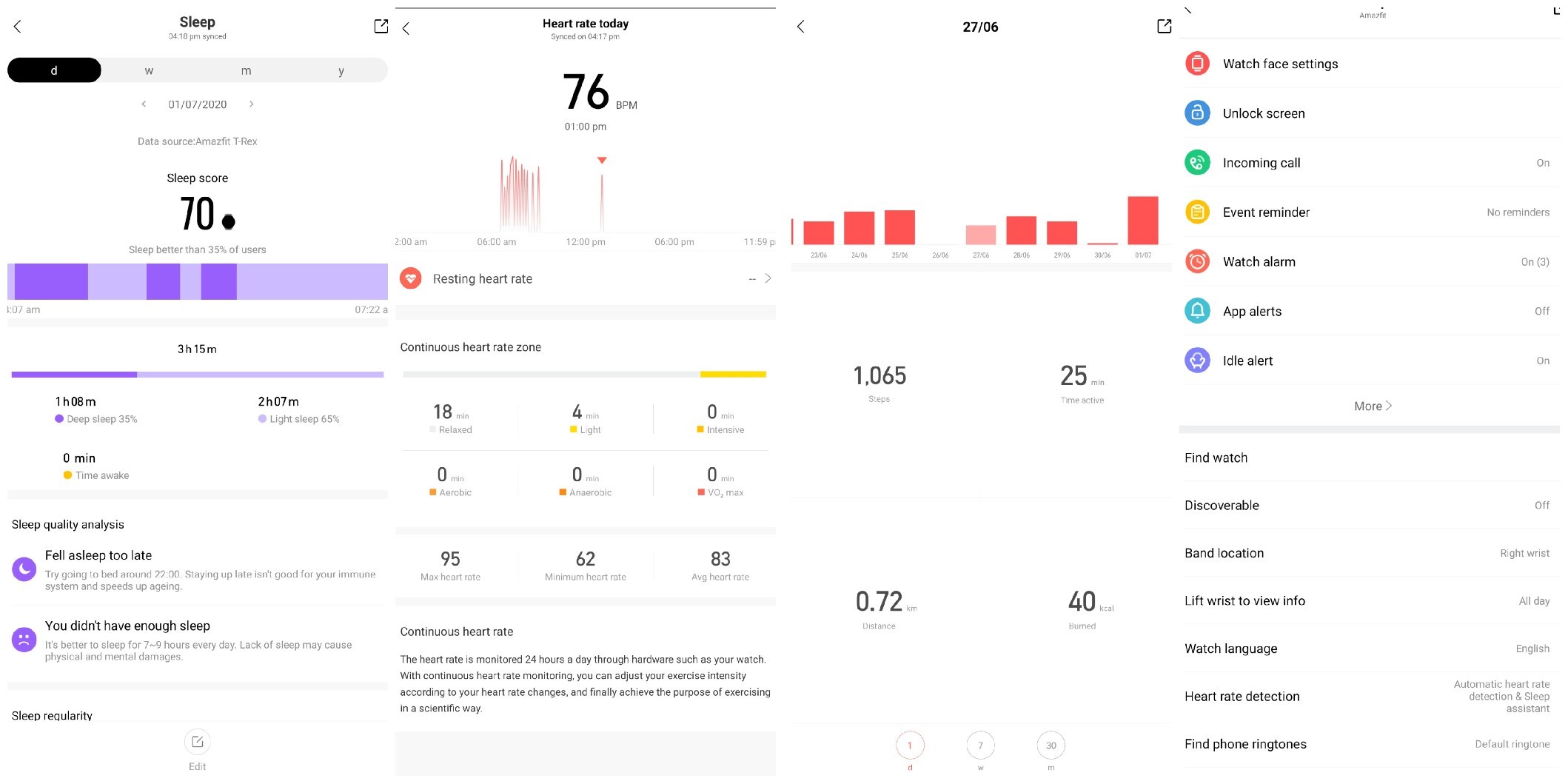 The Amazfit T-Rex works with your smartphone via the Amazfit app, available for both Android and iOS. If you’ve used a Xiaomi’s Mi Fit app before, this will look similar since both have been developed by Huami.

It is quite simple to pair an Amazfit watch with the app. Pick the model you want to pair and a QR code pops up on the watch nearby. Scan the code via the app and you’re all set.

The Amazfit app works well and, in fact, gives more information than other such apps, but looks clunky and wouldn’t win any UX awards. You can check out your fitness statistics and configure the watch settings, and that’s that. There’s also a lack of integration with most of the popular fitness apps, except Strava.

There are over two dozen watch faces that come preloaded. These aren’t customizable so what you see is what you get. However, there are several apps on the Play Store though that will let you hack many other community-contributed watch faces on your T-Rex but these are unsupported methods, so you'll want to proceed with caution. There’s also an option for an always-on display but it’s limited to a couple of watch faces. 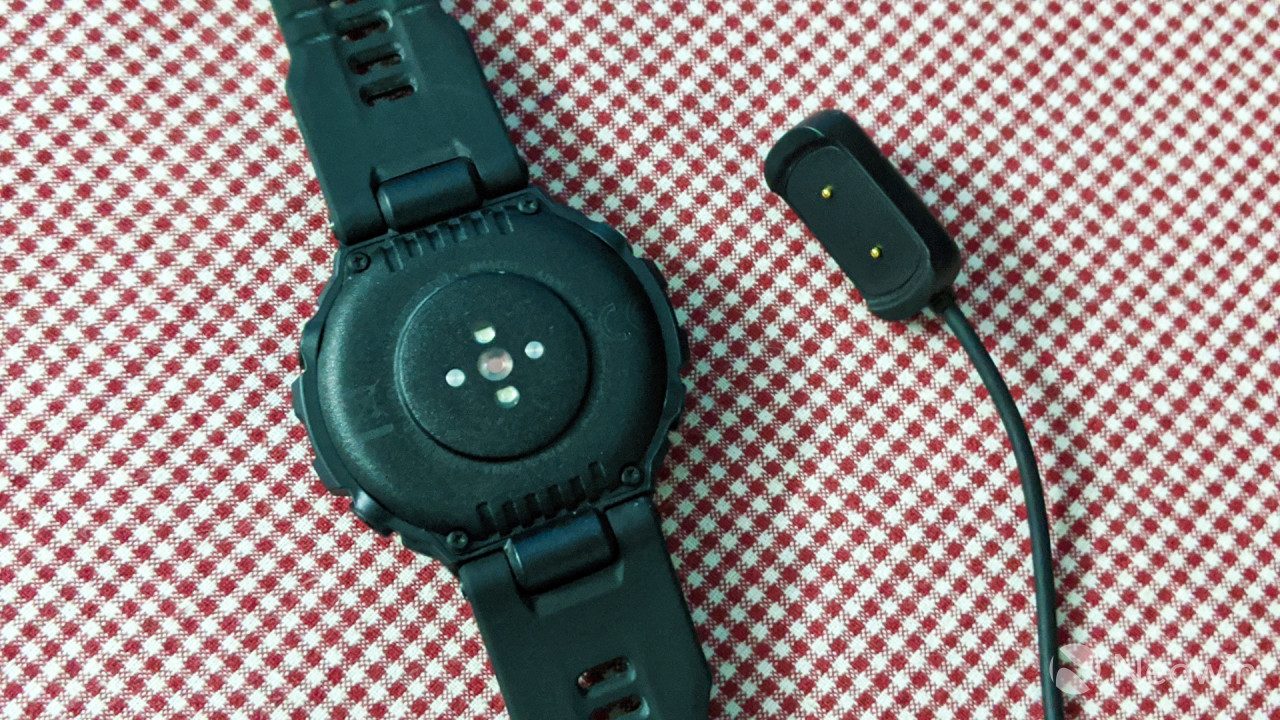 Amazfit claims a 20-day battery life with a 390mAh battery that it manages to pack in owing to the large size of T-Rex. With normal usage, the claim actually holds true. With GPS continually enabled though, you’ll get just about a day of battery life.

A smartwatch that holds up for over two weeks of real-world usage in terms of battery life is a delight. I charged the T-Rex only once time during my entire review period. It really helps when you don’t have to deal with battery anxiety of yet another device around you. 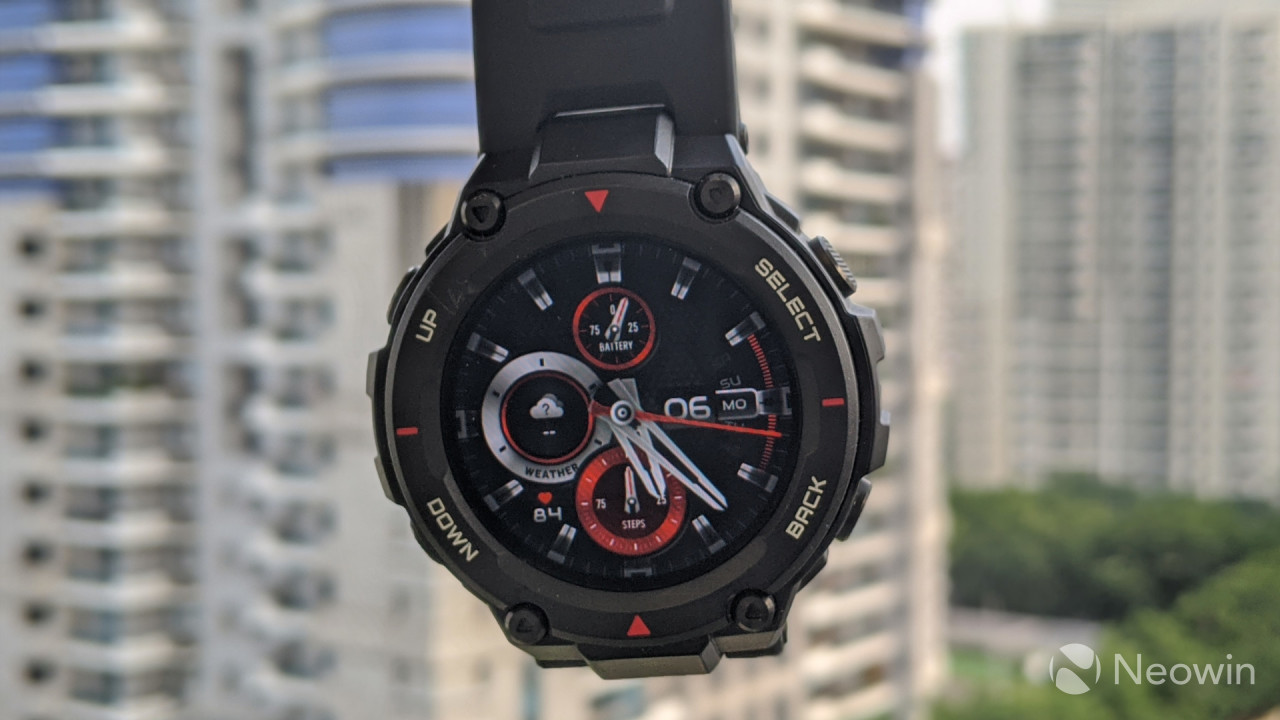 The Amazfit T-Rex nails the basics but it’s not perfect. The average build quality and limited functionality in terms of apps is strictly budget, and the companion app could be better. The middling tracking also might not appeal to professional sportspersons or hardcore enthusiasts.

Yet, the whole is greater than the sum of the (average) parts. At less than $150 (Amazon US | Amazon India), the Amazfit T-Rex is a pretty good affordable smartwatch. The rugged design allows it to brave the elements, and with built-in GPS and excellent battery life, it delivers excellent value. And at the price it sells at, you cannot go wrong with the Amazfit T-Rex, really. 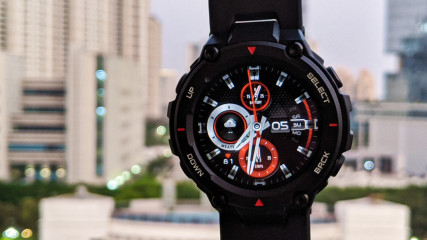 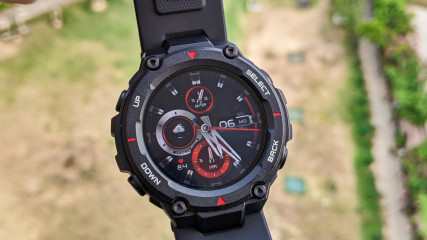 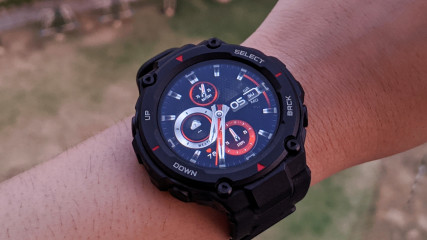 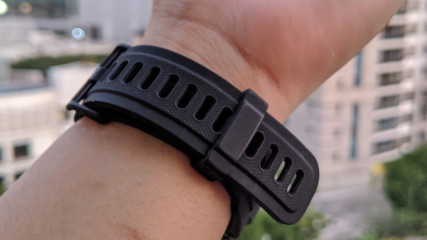 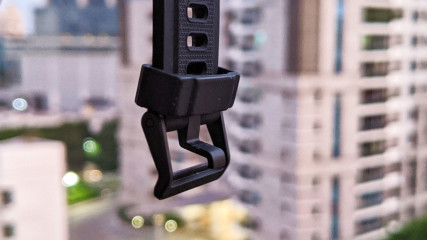 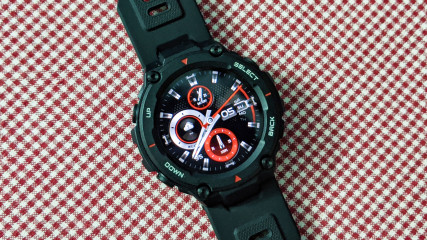 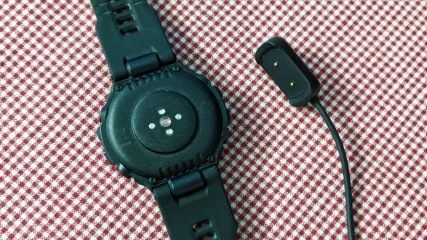 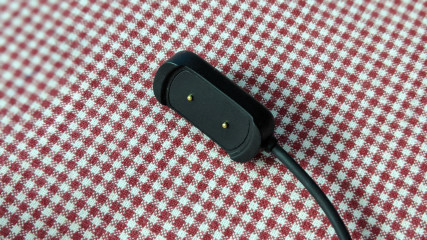 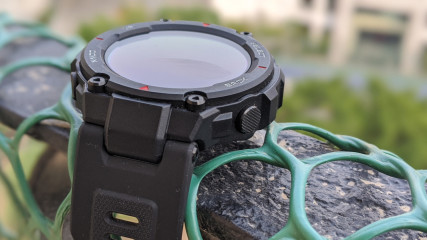 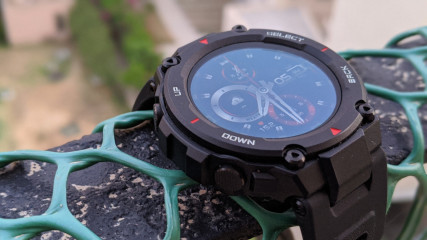 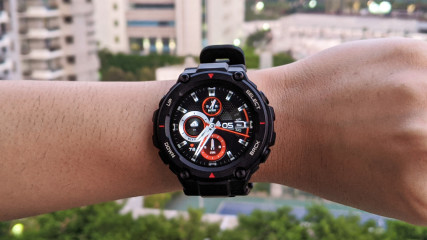 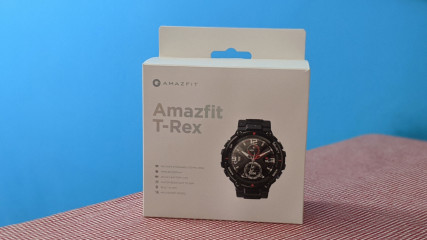