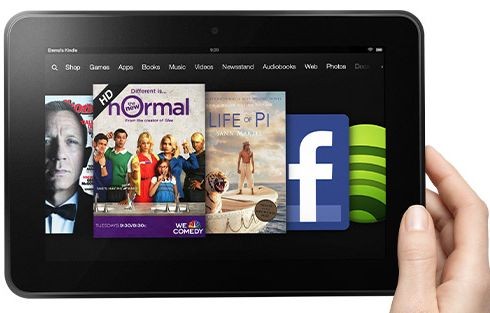 Amazon officially announced the new and larger 8.9 HD version of its Kindle Fire tablet in September. Today, the company announced that the Kindle Fire HD 8.9 would not only get a price cut here in the US but would also be sold in parts of Europe and in Japan for the first time.

The Kindle Fire HD 8.9 tablet will now be sold in the UK, Germany, France, Italy, Spain along with Japan for the first time. Amazon VP Dave Limp stated in the press release, "“As we expand Kindle Fire HD 8.9” to Europe and Japan, we’ve been able to increase our production volumes and decrease our costs. Across our business at Amazon, whenever we are able to create cost efficiencies like this, we want to pass the savings along to our customers."

Amazon famously does not reveal shipment numbers for any of its Kindle eReaders or Kindle Fire tablets, admitting only to having sold "millions" of tablets.