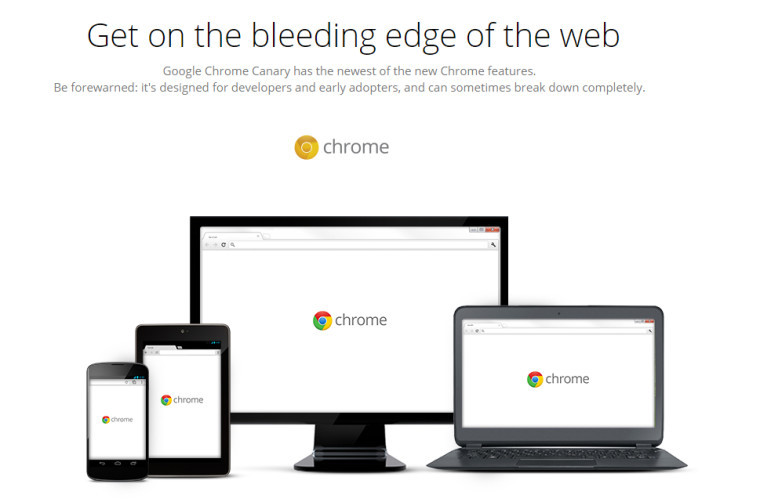 Google has announced that it is bringing Chrome builds from the Canary channel to the Play Store, which will give Android enthusiasts and developers early access to the browser's upcoming features.

As you might already know, the Chrome browser is publicly available through four channels, which are Canary, Dev, Beta and Stable, each providing a different level of stability and stage of readiness. The company refers to Canary as the "bleeding edge" version of the browser and we have seen many Chrome features, such as Material Design or malware protection on the PC, revealed months in advance through builds from this channel.

Now, Android users willing to try out these often highly unstable builds can experience upcoming features well before they hit the mainstream as well. Canary builds are automatically pushed out without manual testing and are quite risky, according to Google itself. However, users who wish to test these new features before anyone else can get it from the Play Store now.

Since new builds are expected to be pushed out every time a major bug is squashed, users who install the Canary versions of Chrome should expect updates very often. The company has mentioned that the updates could add up to more than 100MB per week and users should be aware of their cellular data usage.

The Canary version of Chrome is installed right next to the stable version, so you won't be stuck on a potentially unstable web browser for general browsing.