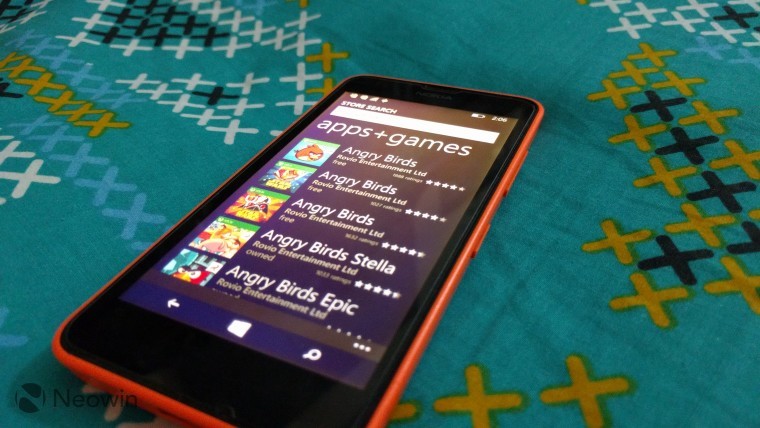 It's been a tough period for Microsoft's Windows Store recently, and it appears that the situation will worsen before it gets better - if it does at all. Rovio, the developer behind the popular Angry Birds franchise has announced that it is dropping support for Windows phones as well as PCs. A support email states that focus is being shifted to Android and iOS devices which will continue to be "supported and updated". 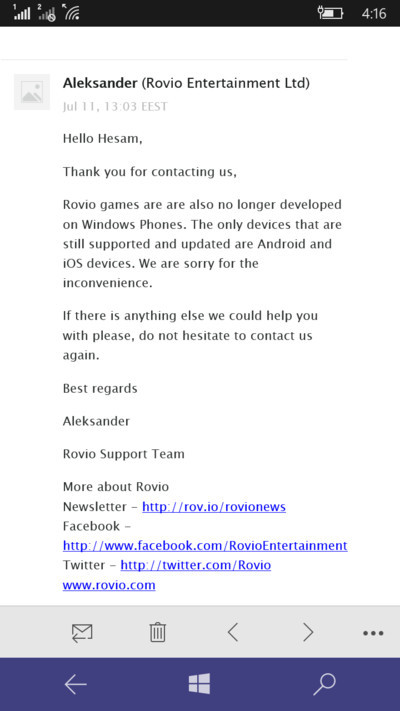 A separate email also notes that Rovio has "decided to discontinue development of Angry Birds and Bad Piggies PC games to focus on providing a better experience for these games on mobile devices." It also states that games that are already available on PC will no longer be updated and will subsequently be removed from the platform.

Rovio gained quite some popularity from its original Angry Birds game, in fact, so much so that it spawned various spin-offs, a sequel and even a movie. And while most of these titles were made available on Windows phones as well as Windows 8.1 devices, Rovio has been reluctant to release its latest games on the platform, most notably Angry Birds 2.

With that being said, it is not entirely surprising that Rovio has decided to retrench its efforts in the smartphone market. The company reported a loss of €13 million ($14.5 million) in 2015 and has already laid off nearly 50% of its workforce.

Regardless, the news will still come as a blow to Windows phone and PC users, most of whom are hoping for Microsoft to succeed in its Universal Windows Platform strategy, yet keep hitting roadblocks from time to time.

Update: Rovio has reached out to Neowin with the following statement:﻿﻿﻿

Rovio’s games are available on a wide variety of mobile platforms, including iOS, Android and Amazon. Many of our games are also available on Windows devices, although for commercial reasons this platform is no longer a focus for us, and no further game updates for this platform are planned. However we continue to provide help to all customers, regardless of their mobile device.