Earlier this week, hacker group Anonymous hijacked websites belonging to security software company Panda Labs, and left a message for former comrade Sabu – the head of splinter group LulzSec, who was recently revealed to have been working with the FBI against them.

The Italian outpost of Anonymous then went on to target the Vatican, with a DDoS (distributed denial of service) attack that resulted in both its main website, and that of its official news service, L’Osservatore Romano, going offline for several hours, with traffic being redirected to other sites carrying messages from the cyber-activist group. 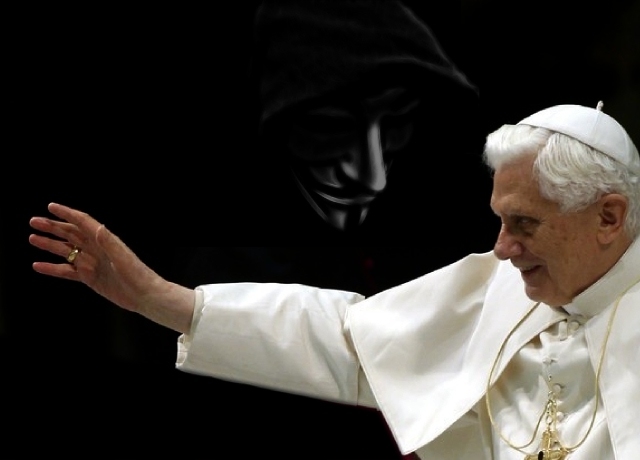 “Today, Anonymous has decided to put your site under siege in response to your doctrine, liturgy and the absurd and anachronistic rules that your profit-making organization spreads around the world”, said the group in a statement. Reuters reported that the group went on to accuse the Roman Catholic Church of numerous wrongdoings throughout history, and of interfering in the domestic affairs of Italy on a daily basis.

The New York Post reported that Anonymous was unambiguous in emphasising that this was an attack on the institution, not on the religion or its followers: “This attack is not against the Christian religion or the faithful around the world, but against the corrupt Roman Apostolic Church.”

Tweets from Anonymous point to these attacks being just the beginning of a much larger month-long campaign of action. The @YourAnonNews account tweeted:

> Trust us. You think you've seen the full muscles of #Anonymous up to now? Nah, you ain't seen NOTHING yet. Get ready. #March2012

> Keep your eyes to the horizon. Looks like a storm is coming. #March2012 #Anonymous