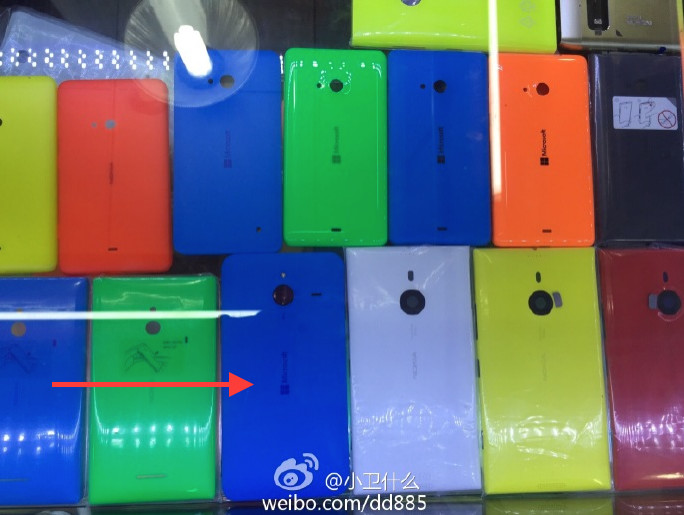 Earlier today, we posted up what is believed to be the first Lumia device with Microsoft's branding on the back. And now it looks like we have another device showing up with the same branding in China that you can see in the image above.

While the picture is blurry, you can see in the bottom row a larger device than the one that showed up this morning. You can also see many other colors of what is expected to be a low-end Lumia with Microsoft branding that should be announced next week in the top row of this photo.

While we don't know if Microsoft will announce more than one device next week, it is clear that the company is quickly transitioning over to their own brand and away from Nokia. The big question will be is if they are able to carry through this transition the reputation that Nokia has built for creating quality and long lasting products.

While it is the same team and the same types of products being built, it is not easy for a company to build a positive relationship with consumers and it can take many years. With that being said, Microsoft is taking ownership of the Lumia name which should help from a branding perspective.