Among upgrades including USB-C, faster processors, a thinner form factor and a built-in secondary OLED display just above the keyboard, the new notebook is also available with discounted storage upgrades compared to its predecessors. 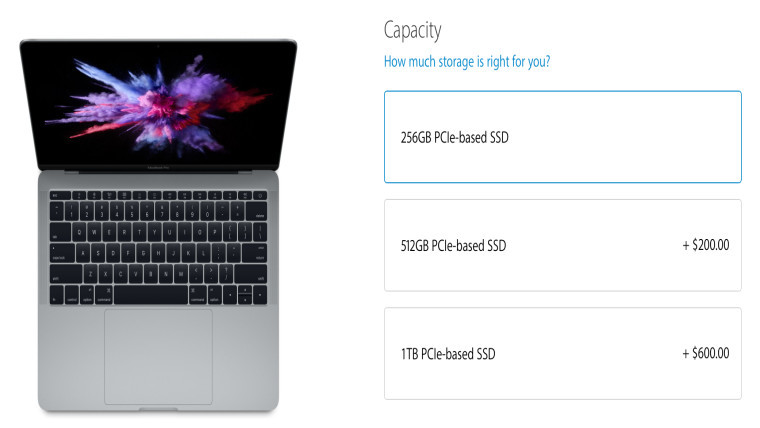 The new pricing has been applied to other devices within the Mac range too, most notably:

One of the pain points that some users have raised since Apple launched the device last week was with price point, with the MacBook Pro seeing an increase of $500 on last year's model.

With that in mind, the 2015 MacBook Pro (which is still for sale) is perhaps an ever more attractive option for those people who don't require the features included with the cutting-edge model. The 2015 MacBook Pro still retains its original price but a drop in storage pricing could mean it will become the go-to model for price conscious buyers.