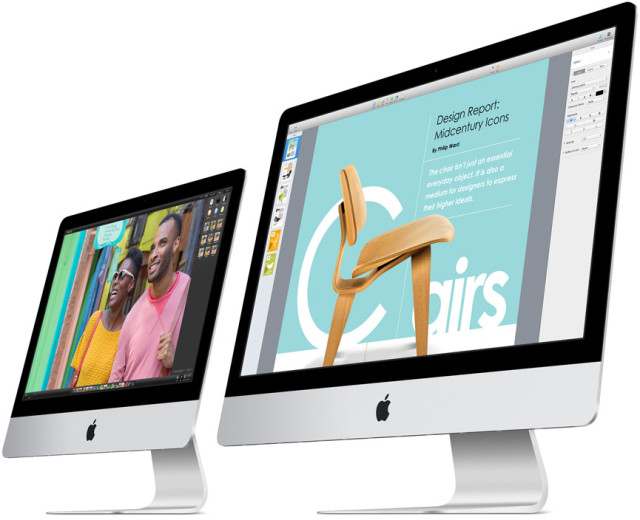 There is no doubt that Apple has been giving more love to Mac OS X since the 2014 World Wide Developers Conference. The company has been making many improvements to their desktop OS such as an overhauled interface, as well as a new version of iTunes, all gearing up for the launch of Mac OS X 10.10 "Yosemite" this fall. If a report from 9to5Mac is true, this fall could be a big season for Mac users.

The report claims that the newest iteration of the Mac OS X desktop may be released around the end of October, alongside some refreshes to the Mac family. Following some past findings, 9to5Mac believes that Apple could release either a new iMac with a 4K screen, or a standalone 4K monitor, but their sources aren't certain. It is speculated that the 4K model could be advertised as having a Retina Display, because the technology for true pixel-doubling is not yet ready for larger screens.

Despite similar rumors that say otherwise, they claim that there may also be a redesigned 12 inch MacBook Air with a Retina Display released in October. However, it will not replace the other 11 and 13 inch "non-Retina" models that are currently offered.

It is speculated that Apple is going to be advertising these unconfirmed machines as a major selling point for "Yosemite." Further, they claim that Apple is creating new versions of iMovie and Final Cut Pro that will be able to edit, export, as well as import 4K content. It seems like Apple is aiming more toward the professional market if this report is true. Whether this information is valid or not, the redesigned OS X will surely please many Mac users once it launches around fall.