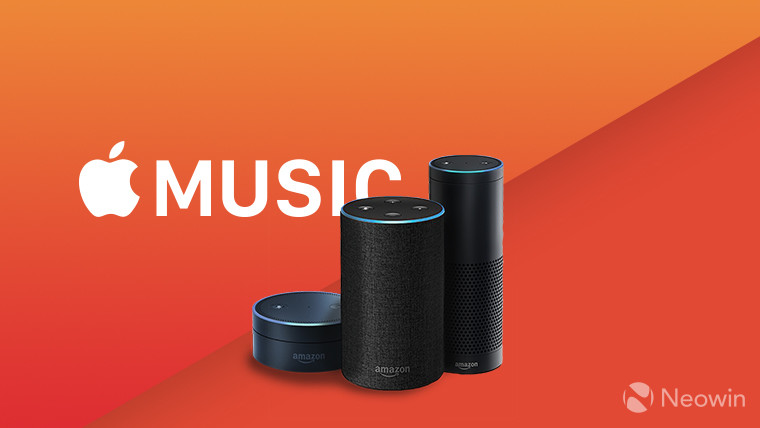 In a bit of surprising news today, Amazon announced that beginning the week of December 17, you'll be able to use Apple Music through its Alexa virtual assistant. You'll need to enable it via the Apple Music skill through the Alexa app, and it should work with all Alexa devices and services.

Previously, Apple Music was limited to Apple's own smart speaker, the HomePod. If you had an Echo, you'd probably be using it with Amazon's Prime Music or Music Unlimited service. Now, life can be a little bit easier for those with Apple Music and an Echo, as listening to music is certainly among the core functionality of the device.

“Music is one of the most popular features on Alexa—since we launched Alexa four years ago, customers are listening to more music in their homes than ever before,” said Dave Limp, senior vice president, Amazon Devices. “We are committed to offering great music providers to our customers and since launching the Music Skill API to developers just last month, we’ve expanded the music selection on Alexa to include even more top tier services. We’re thrilled to bring Apple Music – one of the most popular music services in the US – to Echo customers this holiday.”

You'll be able to use the skill to play anything from your Apple Music library, as well as Apple's Beats 1 station. The skill should go live on December 17, just in time for the holidays.