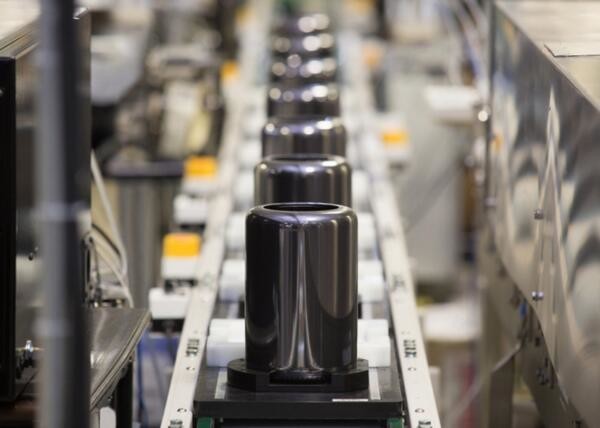 Apple's slick-looking new Mac Pro went on sale in December, but the company is having issues matching the current demand for the computer. This week, shipment dates for the Mac Pro on Apple's website were pushed back to April for orders made today.

This means that it could take two months, or perhaps longer, for people to get their hands on the new black cylindrical Mac Pro. The cheapest version of the computer is priced at $2,999 and has a quad-core Intel Xeon processor, along with 12GB of RAM.

Apple has hyped up the fact that the Mac Pro is being assembled in the U.S., specifically in a factory located in Austin, Texas. However, it would appear that facility cannot handle the amount of orders that Apple has received. Shipment dates for the Mac Pro were first pushed back to February soon after it went on sale and it appears that two month shipment gap continues.

Computerworld notes that some of the lucky few that have received their Mac Pro have decided to make a quick buck and resell them online. One eBay listing shows the $2,999 Mac Pro priced by the seller for $4,499.