Apple has rolled out its first beta release of iOS 8.4, which includes the first preview of the operating system's new Music app. The new app features a stylish design with plenty of thoughtful interface touches, including a mini-player that remains visible while you're looking around the app - a feature that will be familiar to iTunes app users.

The new-look app is expected to integrate later this year with Apple's new music streaming service, effectively a relaunch of its Beats Music acquisition from last year. As 9to5Mac reports, Apple is expected to announce the service at its Worldwide Developer Conference in June. 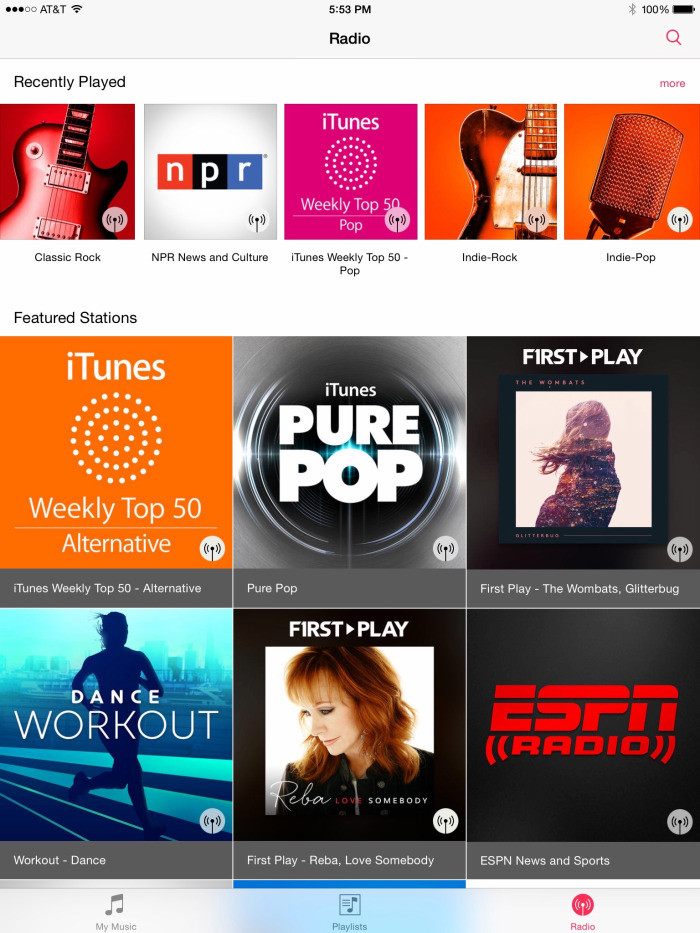 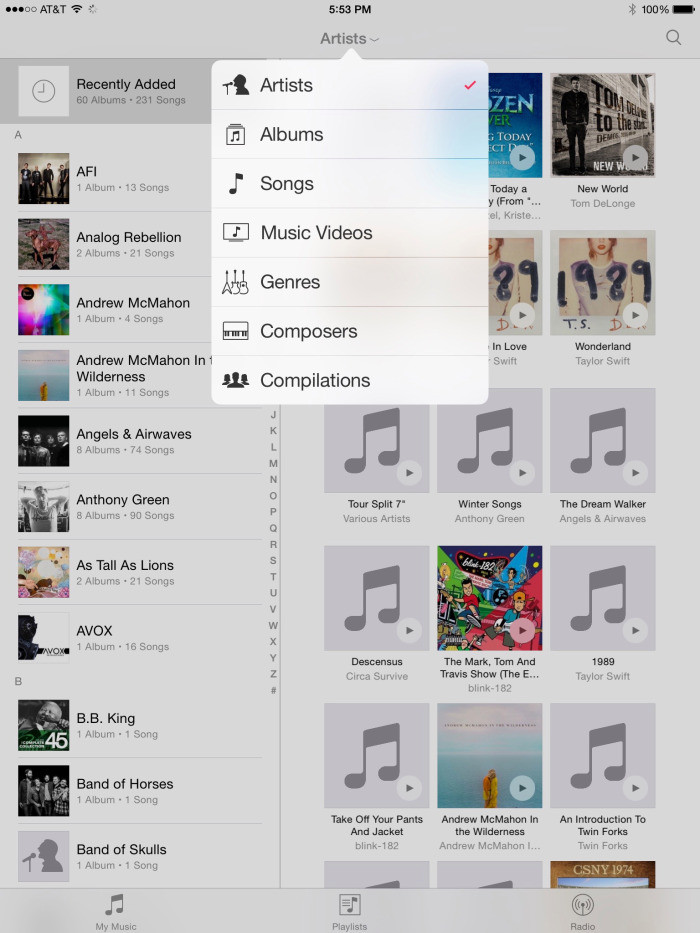 Various changes have been made to the Music app, including a new split-screen view on the iPad, and the removal of landscape view support on the iPhone.

Apple's full release notes for the app are below:

– All-New Design. Music app has a beautiful new design that makes exploring your music collection easier and more fun. Personalize playlists by adding your own image and description. Enjoy stunning pictures of your favorite artists in the Artists view. Start playing an album right from the album list. The music you love is never more than a tap away.

– Recently Added. Albums and playlists you’ve recently added are now at the top of your library, making it effortless to find something new to play. Simply tap play on the artwork to listen.

– New MiniPlayer. With the new MiniPlayer, you can see what’s playing and control playback while browsing your music collection. To open Now Playing, just tap on the MiniPlayer.

– Improved Now Playing. Now Playing has a stunning new design that showcases your album artwork the way it was meant to be. In addition, you can begin wirelessly streaming your music using AirPlay without leaving Now Playing.

– Up Next. It’s now simple to find out which songs from your library will play next — just tap the Up Next icon in Now Playing. You can even reorder, add, or skip songs whenever you like.

– Global Search. You can now search from anywhere in the Music app — just tap the magnifying glass. Search results are conveniently organized to help you quickly find that perfect song. You can even start an iTunes Radio station right from Search.

The iOS 8.4 beta, including the new Music app, is available now via the Apple Developer Center site.