It's completely understandable why people let their imaginations run away with them when it comes to Apple. Their products are innovative, they're fun, they're magical. And, of course, Apple works really hard to maintain that image. 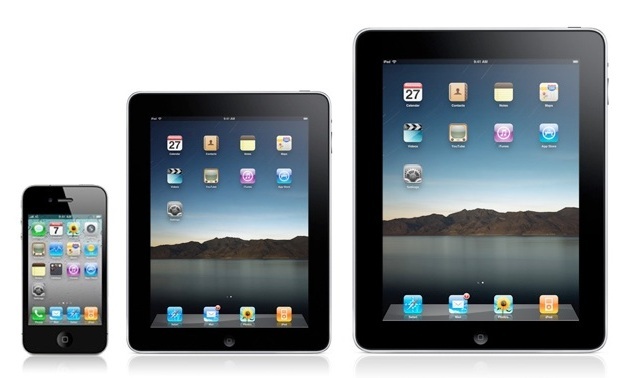 That brings us to the first reason why Apple won't unveil a new iPad this Wednesday. The new iPhone will be a big release. We're all but sure there'll be a new look and feel to the device, along with a few very cool features. So why would Apple want their flagship product sharing press attention with a new, smaller iPad?

Taking a look at the way Apple has been operating to date, it's clear that they understand the importance of having only one major announcement at a time. If iOS 6 has its own announcement, you can be sure that an iPad mini isn't going to be the supporting act at the new iPhone launch.

If you need a second reason why there won't be a new iPad this week, have a think about the leaks and rumours from around the web. We've been told that Apple will be giving us an iPhone with a bigger screen, and an iPad with a smaller screen. Would they really release a bigger iPhone at the same time as a smaller iPad?

Apple has been incredibly successful to date with the iPhone, the world's best-selling smartphone, and the iPad is the world's best-selling tablet. People are clearly very happy with these devices as they are. For Apple, there are clear cost advantages when producing only one model without variations in size/specifications (excluding capacity). There really isn't a reason for Apple to change this right now.

Some might argue that Apple needs to compete with the 7-inch Android devices, such as Amazon's Kindle Fire. However, the best feature on those tablets isn't the size, it's the price – they're half the price of the iPad 2. If Apple really sees these slightly-smaller tablets as a threat, they'd do better making a cheaper and lighter iPad than a smaller one.

This Wednesday we'll see the new iPhone, and it'll be headline news around the world. There'll be comparisons with competing devices, discussions about the post-Jobs era, and some complaints about the lack of a feature or two that everyone was hoping for. It's very unlikely that an iPad mini is going to be sharing any of that attention.