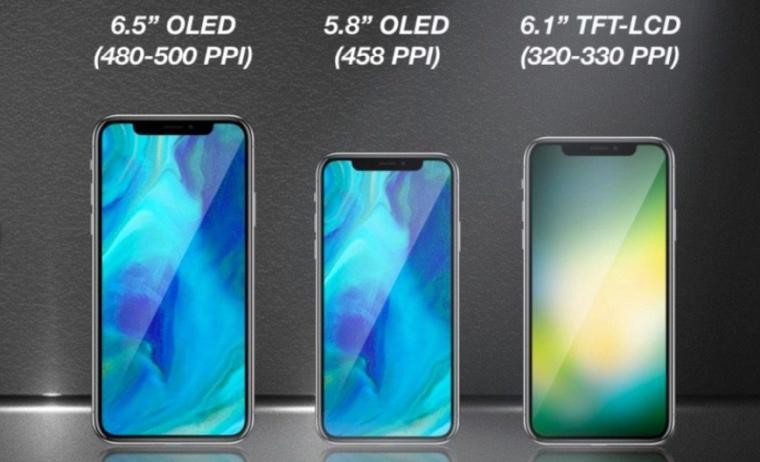 The iPhone 8 handsets are underperforming in terms of demand so far, with the iPhone X's new design and Face ID feature capturing a majority of the buzz from users. So it stands to reason that Apple's 2018 lineup could pull its design cues almost entirely from the iPhone X, just bigger.

Noted Apple watched Ming-Chi Kuo of KGI Securities is predicting that there will be three new iPhones in 2018, with the smallest having the 5.8-inch OLED screen of the iPhone X. Kuo adds, however, that the notched, bezel-less design will be carried over to two larger models: a 6.5-inch OLED model, and a 6.1-inch LED version. Apple's TrueDepth camera system, along with the associated Face ID feature, will be standard. It is speculated that Apple has decided to dump its Touch ID fingerprint scanning system in favor of the usually more reliable facial recognition technology.

While the OLED models will likely be a bit more expensive because of the screen resolution, KGI is predicting the LED version will cost between $649 and $749 because of lower resolution and some cheaper materials.

The iPhone X's popularity is likely tied as much to its new design as the extras inside the case, such as the camera, Animojis and selfie portrait mode. The iPhone 8 handsets look remarkably similar to the two-year-old iPhone 6 models, with little distinction aside from some incremental upgrades to the camera and storage size.

A lot can change between now and the likely September 2018 reveal of the new iPhones, but the predictions may not be too far off given how many people have opted for the upgraded and more expensive iPhone X.