Windows 10 is designed to run across a vast array of machines - from PCs and tablets, to hybrids, phones and IoT devices, along with the likes of Microsoft's Surface Hub, and its Xbox One console. Many manufacturers are using the versatility of the new OS to launch some interesting devices across various form factors - and the latest addition to that list is French hardware brand Archos. 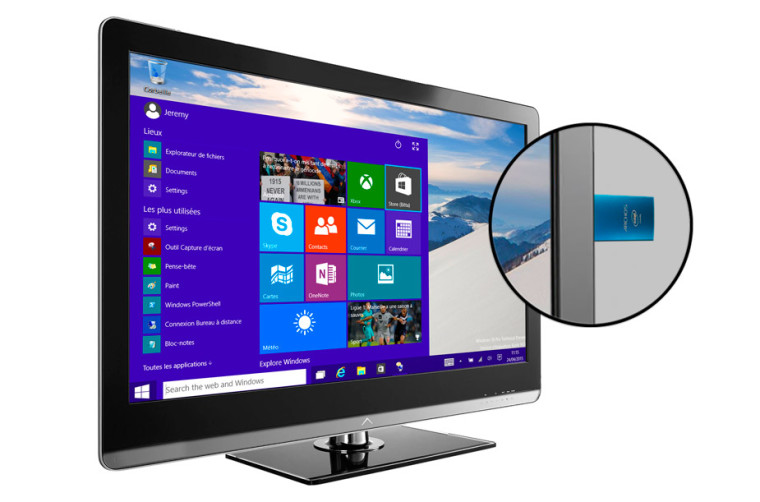 Archos calls its new Windows 10 PC "the ultimate portable computer" - but before we all get sucked in by the hyperbole, let's get a bit of perspective here.

As its name suggests, the Archos PC Stick is a Windows computer stuffed into a dongle-style case, which can be plugged into any TV or monitor with a HDMI-in port, and it's small enough to comfortably fit in the pocket of your jeans. But this kind of device has been done before - see the Intel Compute Stick and Lenovo's new IdeaCenter Stick 300, for example - and the specs of the Archos PC Stick are near-identical to these and other such devices:

In the US, it will cost just $99 (€109 in Europe, and £79 in the UK), making it around $30 cheaper than the new Lenovo, for example. Still, it seems like a bit of a stretch to suggest that a modest price advantage against its closest rivals is enough for Archos to justify referring to the PC Stick as "the ultimate portable computer" - especially given the limitations of the form factor, which still requires a keyboard and mouse (or 'smartphone keyboard applications') to be able to control and interact with what's on screen.

Still, if you spit out the company's hard-to-swallow hype, and simply consider the PC Stick for what it actually is, and the rivals that it's up against, that $99 price tag may well look a lot more appealing when the device goes on sale in the coming weeks.