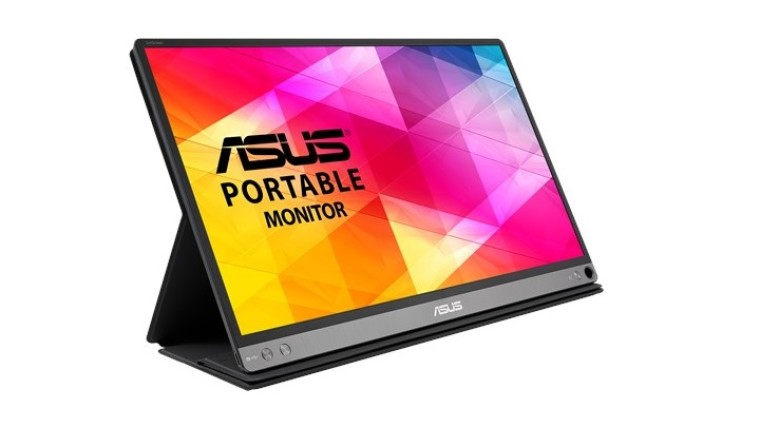 While convenient portability tends to be one of the benefits afforded by laptops when compared to desktop machines, users also tend to be limited to using the screen built into the device when on the go. Of course, there will be solutions such as the yet to be released 'Project Valerie' from Razor that attempt to bridge that gap, albeit at the risk of putting a sizeable dent in your budget.

However, mid last year, ASUS showed off a portable monitor at the IFA tech expo in Germany that perhaps provided a more sensible remedy for laptop users requiring a secondary screen without the bulk and clutter of a regular monitor. The ZenScreen boasts a 15.6-inch Full HD display, hybrid USB port, foldable smart case, and a pen while staying fairly trim with a thickness of 8mm and weighing 780 grams. Furthermore, it includes automatic screen rotation plus TÜV Rheinland-certified flicker-free backlighting and blue light filtering to minimize eye fatigue.

Given the inclusion of a pen, one may presume that the ZenScreen incorporates pen and touchscreen support but, oddly enough, the USB display supports neither. While this will result in eventual buyers having to remember not to try and touch or scribble on their monitor, the pen can at least be used to prop it up in either landscape or portrait orientation should the bundled smart case be left detached.

In terms of release, the ZenScreen is expected to hit Taiwanese stores imminently but has also appeared on Amazon for $249, making it more expensive than other solutions from competitors and ASUS itself, with a shipping lead time of between one to three weeks.