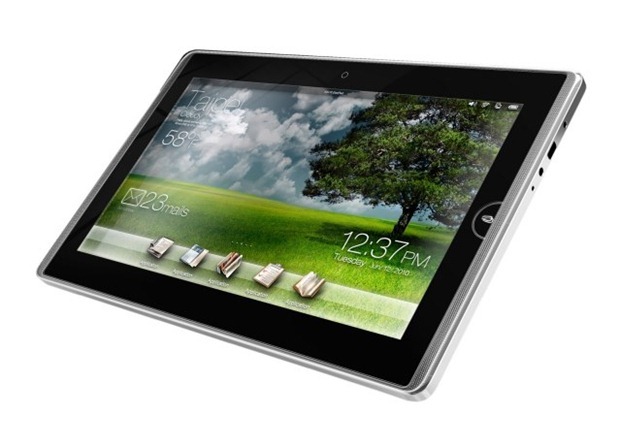 As we reported in May, when ASUS announced their lineup of Eee Pads, they were said to be running Windows Embedded Compact 7. A month later, it seems that ASUS has had a slight change of heart and will be ditching Microsoft's OS in favour of Android. This only goes for the lesser of the announced Eee Pads though, the EP101TC. This shouldn't come as too much of surprise as many manufacturers have been moving away from Windows for their tablet computers in favor of Google's mobile OS.

ASUS has stated that the first real public unveiling of the new tablet computers will come at CES 2011, with telcos getting a sneak peek at the devices sometime in December. With a launch window of Q1 2011, ASUS also has plenty of time to adapt Android for their needs. It would probably be safe to assume that Android will mature quite a bit between now and the release of the Eee Pad, and ASUS is probably hedging a few bets on the maturation of the platform.

With Android expanding from being strictly a handset OS into the tablet space, vendors will likely be looking for ways to differentiate their products. It wouldn't be too surprising to see big vendors such as ASUS go beyond simple hardware differentiation, and dabble in the realm of custom OS UI layers, much as HTC has done with their Sense platform in the phone market. Early mock-ups of the Eee Pads show that ASUS certainly has a vision for their user experience, and an early 2011 release window should give them some time to get Android into shape.