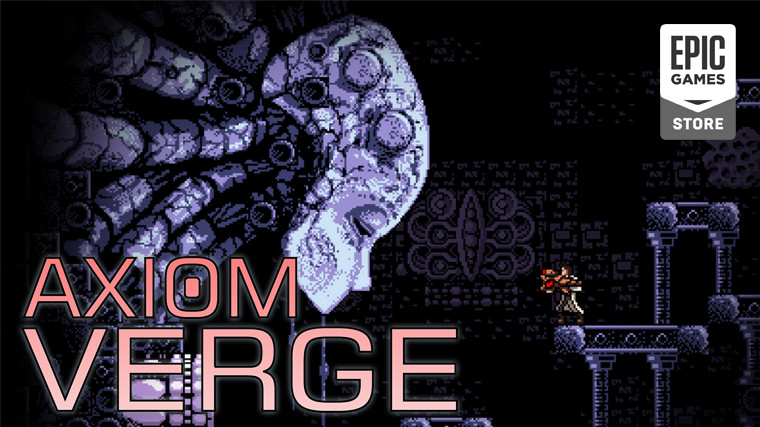 Epic Games has made yet another game free to claim today in its quest to giveaway a new PC title every fortnight through its new store. Taking the place of The Jackbox Party Pack from the previous promotion is Axiom Verge, a Metroidvania from the one-man development studio Thomas Happ Games.

This acclaimed side-scroller has players exploring a bizarre sci-fi alien world with plenty of action to keep them occupied. Here's how the Epic Games Store describes the 2015 title's setting:

After a lab accident, a scientist awakens in a mysterious, alien world. Is this a distant planet? The far future? Or a complex virtual-reality computer simulation? Plumb the recesses of a large, labyrinthine world in order to learn its secrets and uncover your role within it.

Axiom Verge is available for both Windows and macOS systems through the Epic Games Store for free until February 21. The game would normally cost $19.99 to purchase. The store also revealed that once this promotion comes to an end, the next title to step up to the freebie podium will be Thimbleweed Park.

Between these giveaways, Epic Games' exclusivity grabs are still going on. Metro Exodus is the latest title to ditch Steam and join the store - with The Division 2 switching earlier -, but some Steam users weren’t too happy with the decision.