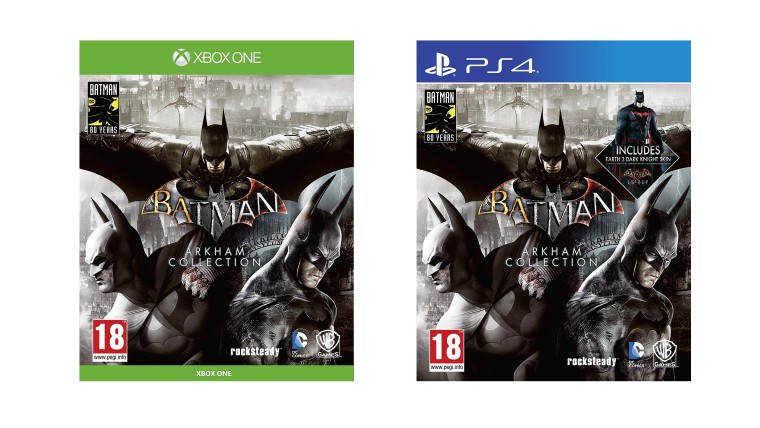 Recently Amazon UK listed the Batman Arkham Collection Steelbook Edition on its online store. The product page states that this version will be available on PlayStation 4 and Xbox One, with the official release slated for September 6, 2019.

The latest Batman collection includes three games from the Arkham series, excluding Batman: Arkham Origins. It comes in an exclusive Steelbook packaging, contains all post-launch content, and comes with the 'Return to Arkham' remastered versions of Arkham Asylum and Arkham City as well as the GOTY edition of Arkham Knight. Additionally, PlayStation 4 buyers get a free exclusive Batman: Arkham Knight "Earth to Dark Knight" skin.

The blurb on Amazon reads:

"Batman: Arkham collection brings you the definitive versions of Rocksteady's Arkham trilogy games, including all post-launch content, in one complete collection. Experience two of the most critically acclaimed titles of the last generation - Batman: Arkham Asylum and Batman: Arkham City, with fully remastered and updated visuals. Complete your experience with the Explosive finale to the Arkham series In Batman: Arkham Knight. Become the Batman and utilise a wide range of gadgets and abilities to face off against Gotham's most dangerous villains, finally facing the ultimate threat against the city that Batman is sworn to protect."

Coming to Xbox One and PS4 later this year, the Batman Arkham Collection can currently be pre-ordered through Amazon, with free delivery to customers residing in the UK. As for the price, the collection will set back customers £39.99 a pop for either platform.