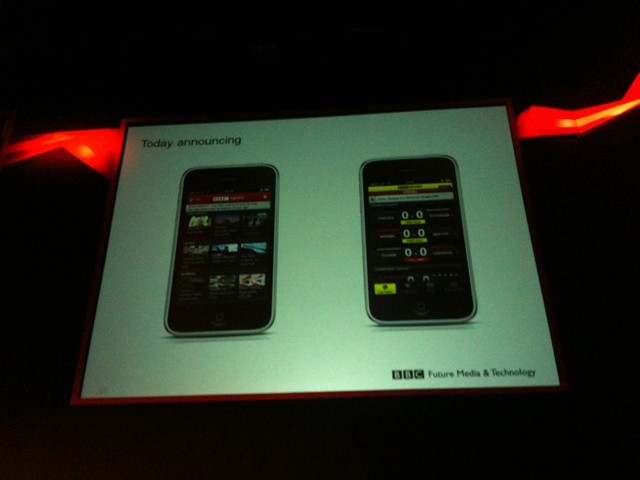 The BBC announced a News application and Sports applications that will both be available shortly, the News app in April and Sports in June before the World Cup. Both applications will feature rich content including video content which will include live sports games streamed to the devices.

Huggers also hinted at an iPlayer application for iPhone, Android and BlackBerry devices.

In November 2009, the BBC posted a monthly press pack which included a photo of the iPhone application. The BBC claimed the images were of old and "should not be taken to mean that anything is likely to happen soon."