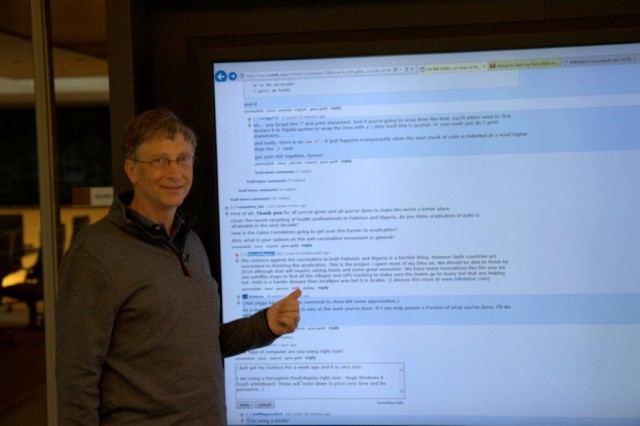 Forbes does this thing where they calculate the amount of money the richest folks in the world have and they tell you how rich each individual is and remind you at the same time that you will never have the same luxury as the folks on the list of billionaires. But we digress and to no surprise, Bill Gates, shockingly, is still near the top of that list despite giving away vast sums of his money to make the world a better place.

Carlos Slim remains at the top of the list with Bill Gates coming in at number two and Amancio Ortega (owner of the retailer Zara) took the third spot. It’s incredible to see that Gates, even though he no longer works at a day-to-day role at Microsoft, is still among the richest individuals in the world.

Gates, at this point, has been working for his own charity (Bill and Melinda Gates foundation) for several years and has all but moved away from the corporate life. While we are sure there are folks who are watching out for Bill and investing fortune for him, he is not actively running a mega-corporation to feed his bank account.