It's been a while since we saw a real Ultima title (we're just going to pretend that Lord of Ultima doesn't exist), and aside from the occasional murmurs of Lord British's as-of-yet-unseen Ultimate RPG and updates to Ultima Online, the future has looked pretty bleak – until now.

BioWare just announced that they're working on something called Ultima Forever: Quest For the Avatar, which not only brings the series back to its RPG roots, but also offers some really intriguing cross-platform features.

In case you've been living under a rock for the past 30 years, or in case you're just under 30 (or, in our case, a fan of retro gaming), the Ultima series has produced some of the most influential games of all time. Everything from Final Fantasy to The Elder Scrolls has been directly inspired by Ultima, and it's been redefining what an RPG was ever since it debuted way back in 1981. Oh, and it also sort of invented the modern MMORPG.

Since it's been a while since we've had a real Ultima title, EA and BioWare decided to reboot the series and take it back to its roots with Ultima Forever, creating a game that's inspired by Ultima IV, but by no means a direct remake. Ultima IV, by the way, introduced the whole concept of morality and real interaction into computer RPGs, so we'll hopefully get plenty of that here, too. It also sounds like this take on Ultima will feature some kind of mutiplayer element, although details are still scarce. 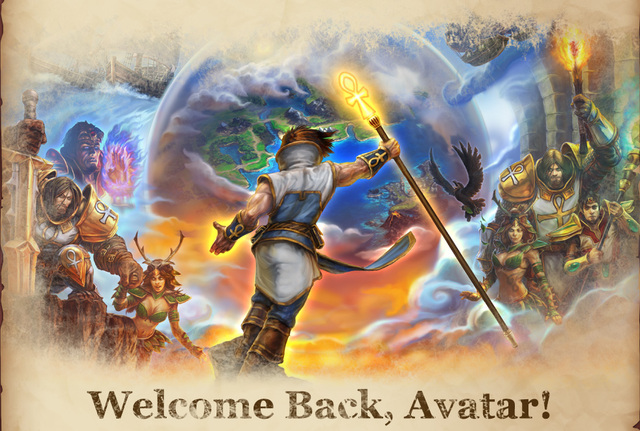 The really interesting part about the announcement is that EA is promising cross-platform play, which means that you'll be able to play across your PC and iPad, all the while playing alongside someone using a completely different device. In the words of BioWare co-founder Ray Muzyka, they're going to “give gamers the opportunity to play a high quality game with their friends anytime, anywhere, on both iPad and PC.” Pretty cool, huh?

Now, there is one catch to all of this: Ultima Forever is going to be a free to play title. To some folks, that probably sounds like a death knell right there, but EA says that it's just the way the industry is going. We're all for premium titles here at NeoGamr, but we've seen a few developers who have been able to balance free to play with microtransactions, so hopefully BioWare will be able to work something out that isn't 'play to win.'

Will Ultima Forever live up to all of this? That remains to be seen, but since it's in the capable hands of BioWare, and just because we're big fans of the series, we have high hopes for this one. Right now there's no hint of a release date, but you can sign up to participate in the beta soon, and a gameplay trailer is expected to arrive in the near future. In the meantime, you can check out the original Ultima IV for free over at GOG. Graphics aside, it still holds up pretty well today.