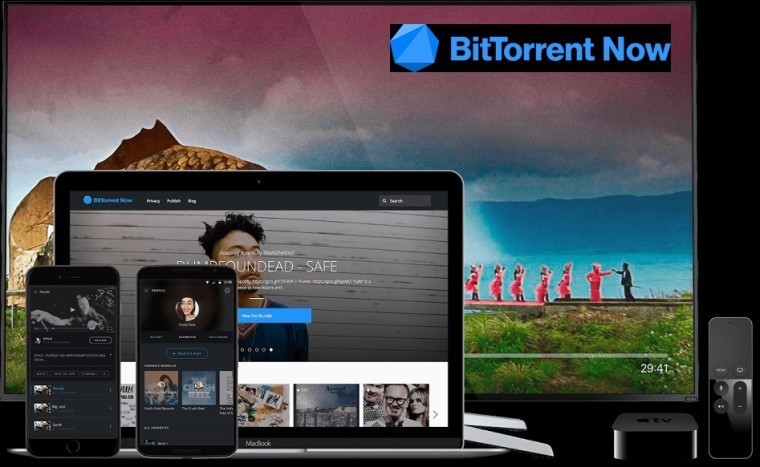 Over the years, BitTorrent has perhaps become synonymous with the illegal distribution of copyrighted content. Around the world, Hollywood has gone to great lengths in order to shut down or block access to a number of torrent sites, including The Pirate Bay and Demonoid. Unfortunately, these efforts have largely become a game of 'whack-a-mole' with websites resurrected after changing domain names and web hosts.

However, BitTorrent, the company, is now looking to carve out its own niche of the video and music streaming markets without the pirates.

The company's new service, called BitTorrent Now, will give you access to content from small and independent artists who are looking for a platform to exhibit their content. While some content will be free of charge to stream, other content will require payment or will include advertising. Content won't just be restricted to music or videos - with VR content also availavle - along with anything else that people want to upload.

In terms of revenue sharing, BitTorrent Vice President of Creative Initiatives Straith Schreder mentioned in his blog post that:

Creators who participate in the pilot program for ad-streaming will keep 70% of all ad revenue.

Schreder made no mention regarding revenue sharing arrangements upon the conclusion of the pilot for new or existing artists.

While BitTorrent's new service won't facilitate access to the many online sources of popular pirated material, it is making an attempt to provide a differentiated product from the likes of Spotify and Netflix as far as content is concerned. At least initially, BitTorrent Now will directly stream content from its own servers rather than using the BitTorrent protocol. However, BitTorrent CEO Jerm Johnson said that the company is "actively developing the P2P components, which require varying levels of effort for each platform."

Once the P2P components are implemented, BitTorrent Now would almost seem inspired by the likes of Butter, a revived fork of Popcorn Time and Joost, which was launched nearly a decade ago by the founders of Skype and Kazaa.

BitTorrent Now is currently available for Android while apps for iOS and Apple TV are "coming soon." Otherwise, access is also possible via the BitTorrent Now website.

Source: BitTorrent via The Verge