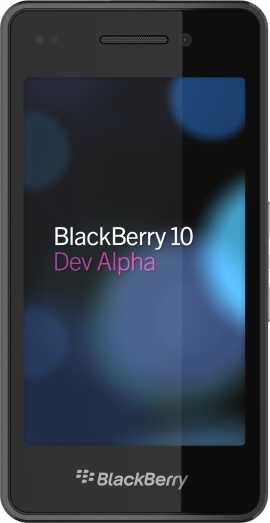 Research in Motion has revealed the smartphone hardware prototype device that will be given to Blackberry software developers this week. AllThingsD.com reports that RIM's recently installed CEO Thorsten Heins showed off the device as part of his keynote speech to developers today at the BlackBerry World conference in Orlando, Florida. The prototype is not considered to be the final hardware for Blackberry 10, with Heins saying, "We will be there later this year with an exciting device"

News.com reports that while RIM is sending out this prototype device to some developers, the actual OS inside it is not Blackberry 10 at all but rather the current BlackBerry PlayBook operating system. However, it does have a new virtual keyboard that allows users to see suggested words above the letter they type in. As far as the prototype's hardware, it has a 4.2 inch screen with a resolution of 1280 by 768.

RIM has confirmed that at least some of the new smartphones it is developing for Blackberry 10 won't have the physical keyboard that has become a staple of most previous Blackberry devices. The official hardware is expected to launch later in 2012 with News.com reporting that they could be released as early as August.