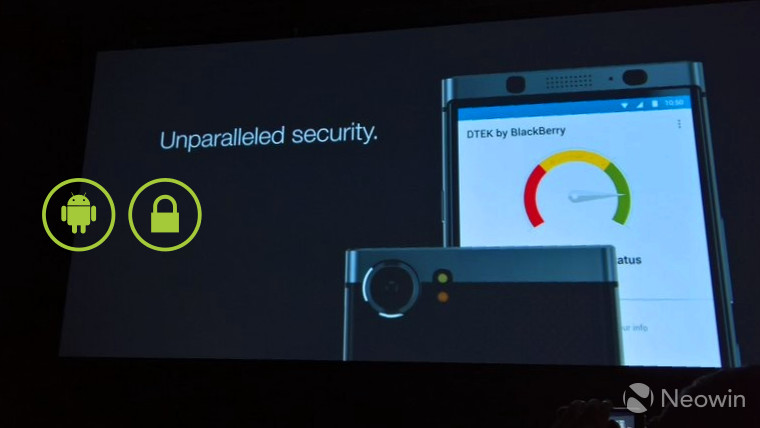 Earlier this week, Google released its March security update for Android devices, bringing fixes for a wide range of issues and vulnerabilities across the OS. BlackBerry is now among the first manufacturers to bring the latest update to its handsets.

The new update will bring the Android security patch level on BlackBerry's devices to March 5, 2017. The update has begun to roll out now to unlocked models of the BlackBerry Priv, DTEK50 and DTEK60, but it may take a few days to make its way to all eligible devices.

BlackBerry says that "updated software builds may also be available from other retailers or carriers, dependent on their deployment schedules."

At last month's Mobile World Congress, BlackBerry unveiled a new addition to its line of Android handsets. The $549 KEYone has a 4.5-inch display with a fixed QWERTY keyboard below it, and like the other devices in the range, it runs BlackBerry's 'hardened' version of Android with additional security features.