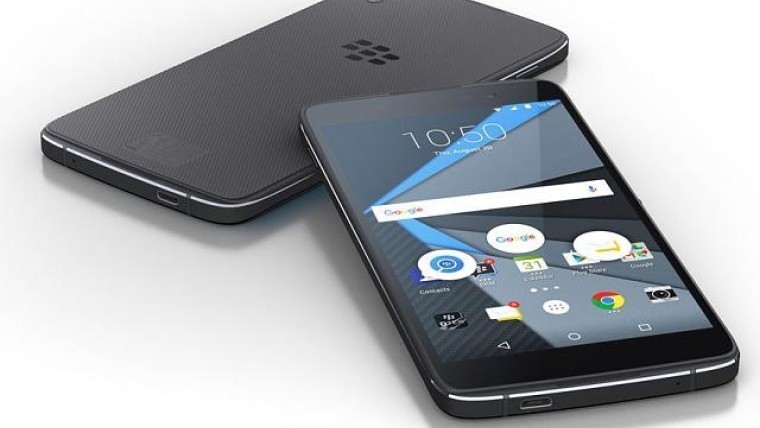 The full specs list of Blackberry's newest Android handset - codenamed 'Argon', and referred to as the DTEK60 - has leaked. The 5.5-inch Quad HD (2560 x 1440) device features a Qualcomm Snapdragon 820 processor and 4GB of RAM. Pricing details and a release date have not yet been revealed.

If the name sounds familiar, it's because Blackberry officially unveiled a smaller 5.2-inch device, the DTEK50, in July, having been developed under the codename 'Neon'. This Android 6.0 device is already out on the market and sells for $299 unlocked.

The DTEK60 is the higher-end device of the two and includes more on-device storage at 32GB, a larger 3000mAh battery, and a higher-resolution 21MP rear camera, than the DTEK50. Another notable difference is the inclusion of a USB-C port on the newly-announced device, instead of the Micro USB 2.0 connection port found on the DTEK50.

The original listing page for the DTEK60 has since been removed from Blackberry's website, but interested consumers can access the page via internetarchive.org. The page details the full specifications for both devices, though the Argon name does not appear anywhere on the page itself (although you can see it in the page title in your browser tab).

BlackBerry joined the Android platform when it launched the Priv last year, which featured a 5.4-inch curved display, a full physical keyboard and an 18MP camera. Blackberry announced temporary price reductions for the Priv in August, which cut the price in the U.S. and other markets by up to 28 percent. Blackberry CEO John Chen indicated in April that the original starting price was potentially off-putting to consumers, while an unnamed AT&T executive more recently indicated that the device has not sold well.