In the middle of BlackBerry's attempt to relaunch itself as an enterprise-based handset maker, the company is also going after a startup that it claims is copying its well known QWERTY keyboard design. Today, BlackBerry announced it has filed a lawsuit against Typo, which recently announced it is selling an iPhone keypad add-on device. 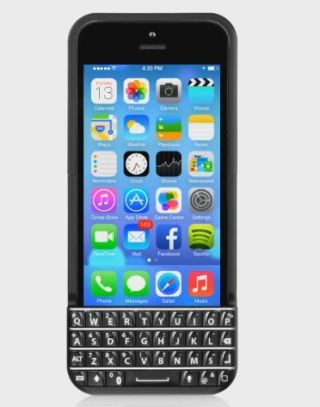 The Typo was first announced a few weeks ago and is being made for iPhone 5 and 5s handsets. The $99 add-on, which is scheduled to be released later this month, is supposed to offer a better typing experience for the touchscreen-only iPhone while also adding just 3/4 of an inch to the phone's length. One of the company's two co-founders happens to be Ryan Seacrest, best known for his TV hosting efforts on American Idol. 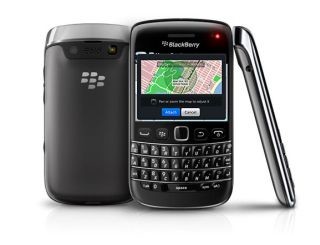 In a press release, BlackBerry claims that Typo "has blatantly copied BlackBerry’s keyboard" for its design. It added, "We are flattered by the desire to graft our keyboard onto other smartphones, but we will not tolerate such activity without fair compensation for using our intellectual property and our technological innovations." We have contacted Typo to see if they plan to respond to the lawsuit.

Update: Typo has sent over their own statement on the BlackBerry lawsuit:

We are aware of the lawsuit that Blackberry filed today against Typo Products. Although we respect Blackberry and its intellectual property, we believe that Blackberry’s claims against Typo lack merit and we intend to defend the case vigorously. We are excited about our innovative keyboard design, which is the culmination of years of development and research. The Typo keyboard has garnered an overwhelmingly positive response from the public. We are also looking forward to our product launch at the Consumer Electronics Show in Las Vegas next week and remain on track to begin shipping pre-orders at the end of January.